"The installation is the result of an internal error," a spokesperson for Huawei Netherlands was quoted as saying.

Chinese handset maker and networking company Huawei is reportedly installing a third-party application named GoPro Quik on some devices without notifying the users or asking for consent. A number of Huawei users have reported their phones have suddenly been equipped with GoPro's Quik video editing app, Android Planet reported late on 17 November. 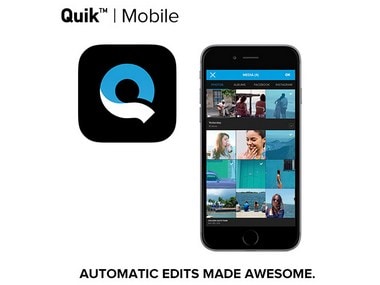 "The installation is the result of an internal error," a spokesperson for Huawei Netherlands was quoted as saying. The company has apologised and said its developers are looking into the matter. Its representatives have suggested affected users to reset the Quik application to the factory version and then uninstall it.

GoPro Quik app is a rebranded version of GoPro Replay that launched on the Google Play Store in 2016. It is essentially a free mobile video editing tool with text, colour filters, slow motion and speed effects. The app also features a transition animation tool that automatically synchronises clips to the beat of the songs.

Huawei is reportedly turning towards Aptoide for a Play Store alternative