Huawei's Honor 8 is expected to get Android Oreo 8.0 with the EMUI 8.0 update soon. The company on its Chinese website has listed the names of the smartphones that will get EMUI 8.0 and Android 8.0 Oreo update and Honor 8, which was launched more than a year ago, has also been included in the list. 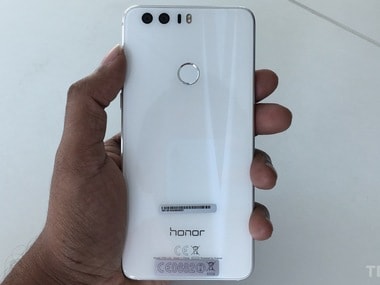 Huawei recently unveiled EMUI 8.0 based on the Android 8.0 Oreo OS. The company recently announced that the Honor View 10 comes with the OS and other smartphones including Honor 8 Pro, Honor 9i, Honor 7X and Honor 8 Lite will get the update soon. The EMUI 8.0 promises to boost productivity with the help of Artificial Intelligence capabilities.

The Honor 8 was launched as a flagship device by Huawei in 2016. The smartphone was launched with a price tag of Rs 29,999 and came with 5.2-inch LTPS display with a resolution of 1,920x1,080 pixels. The Honor 8 came pre-loaded with Android 6.0 Marshmallow and is powered by a 2.3 GHz + 1.8 GHz octa core processor. It also features 12 MP primary camera and 8 MP secondary camera. The Honor 8 is packed with 32 GB of internal storage and comes with 4 GB RAM. The company later brought an update of Android 7.0 Nougat to the smartphone.