Huawei seems to be betting on quality and its dual camera technology with this budget to mid-range Honor-branded smartphone offering.

Huawei’s Honor sub-brand recently announced its Honor 9i, which was a great mid-range smartphone with the right hardware at the right price tag. Now, Honor is looking to launch a new smartphone, one that brings along the same level of quality as the Honor 9i and similar hardware as well, but hopefully at a lower price tag. 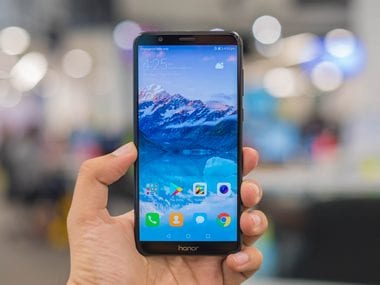 I got an early hands-on with the yet to be launched Honor 7X and here are my initial impressions.

Just like the Honor 9i before it, Huawei seems to be after Xiaomi’s budget smartphone offerings (Mi A1) by delivering better quality hardware and dual cameras at what I suspect would be a slightly higher price. While the Honor 9i was priced at a surprisingly low Rs 17,999, one can expect the Honor 7X to be priced even lower, because it cuts a few corners when it comes to the cameras.

The Honor 7X feels just like the Honor 9i, we received a Graphite Black variant of the device and it feels premium with a smooth matte finish around the back. It features a unibody design with discrete antenna lines that grace the back of this well-rounded smartphone; one that feels cool to hold thanks to its all-metal construction. The Honor 7X looks almost identical to its sibling, the Honor 9i. Image: tech2/Rehan Hooda

Unlike the Honor 9i, Huawei’s Honor logo sits on the bottom chin. The bezels on the sides are quite thin and are identical to those on the Honor 9i, with the large 5.9-inch display hogging up the front of the device. Again, there are some minor differences here. The plastic lipping around the 2.5D glass screen has a matte finish. While it still looks quite premium, the Honor 9i appeared more seamless, because it featured a polished plastic lipping that merged well with the 2.5D glass. Slide your finger outwards from the display to the edges and you will feel the plastic edge, which is very unlike the Honor 9i. It is one of those minor details that casual users may not notice but would help a manufacturer bring down the price. Out here I am simply pointing out the differences, but in day-to-day usage, casual users would barely notice them. 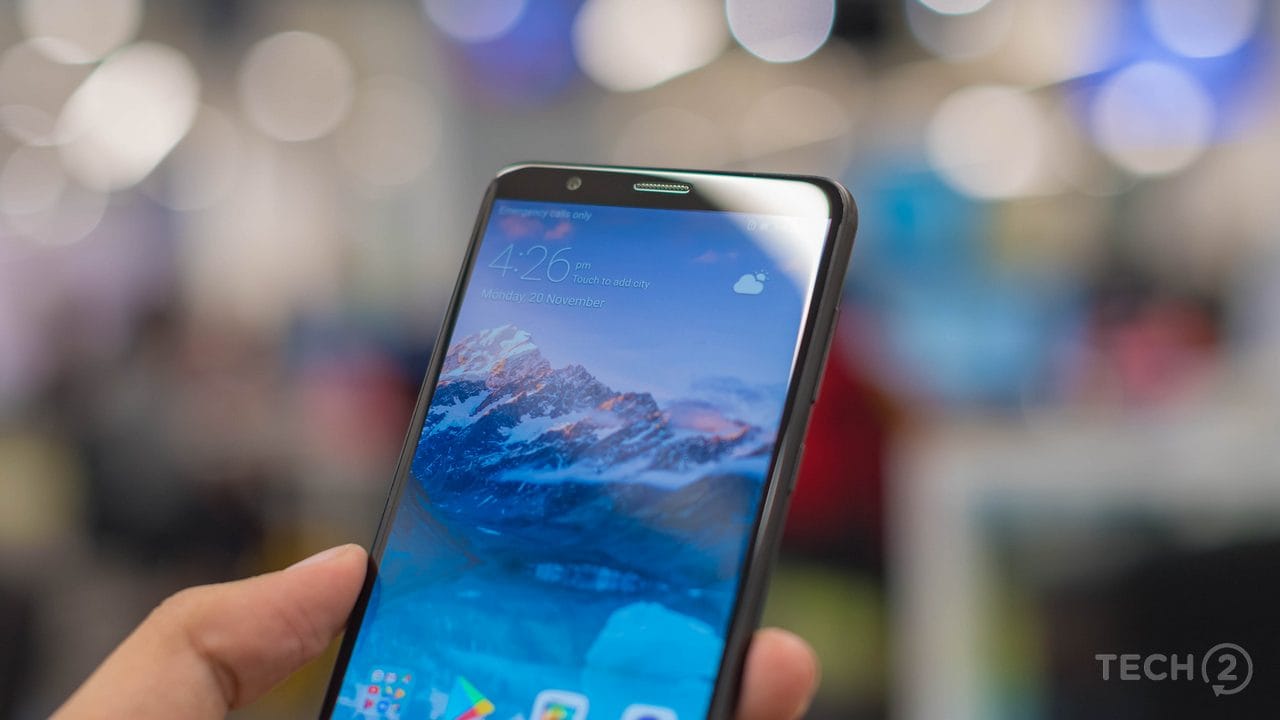 The lipping around the 2.5D screen gets a matte finish, but still looks good. Image: tech2/Rehan Hooda

Moving to the back, the vertically-aligned camera module on the Honor 9i is now replaced with a horizontal dual camera unit, which protrudes from the back of the device. The metal rings protecting the camera lens are well finished, and reminded me of the ring on my old and now ageing Apple iPhone 6s. 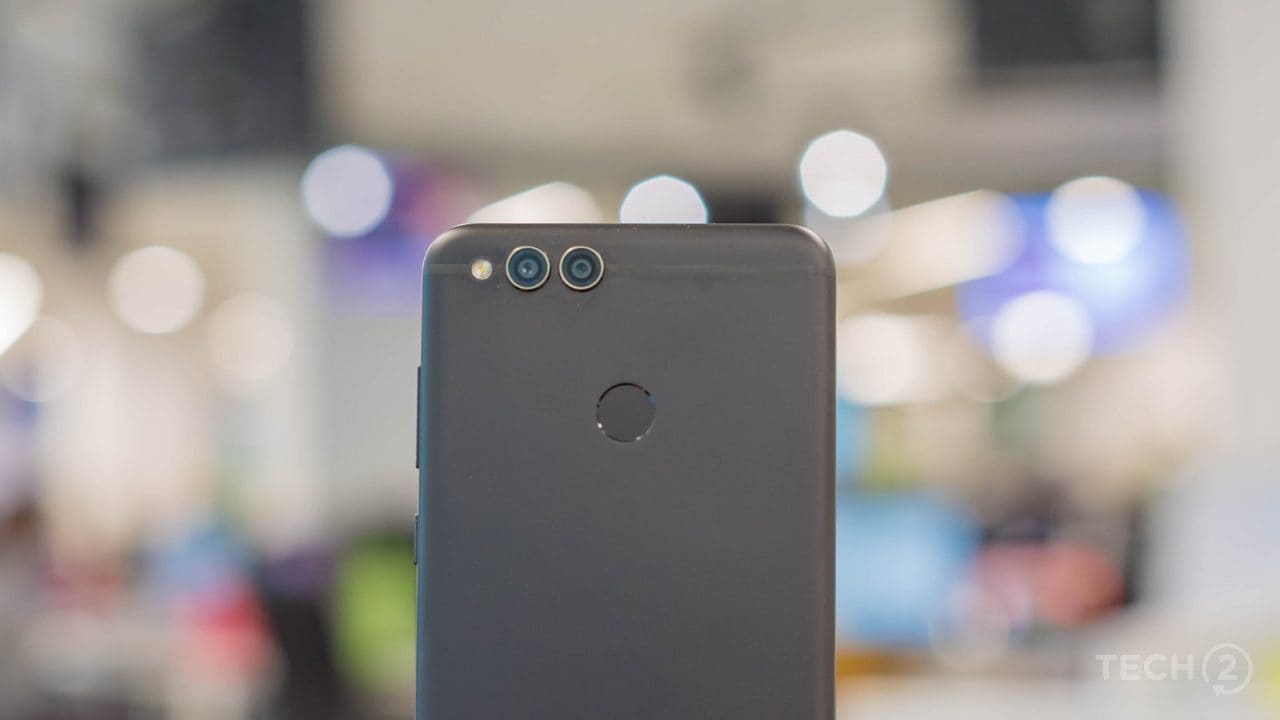 It took us plenty of effort to get the back to look squeaky clean Image: tech2/Rehan Hooda

The fingerprint reader sits high at the top center but still feels easier to reach. Again, just like that Honor 9i, the matte coating or finish of the Honor 7X gathers fingerprints rather easily. With winter closing in and my sweaty palms, the end result is a smudgy mess. Adding to the mess, is the fact that these smudges are really tough to wipe off and need a thorough clean from time to time; like we did before shooting these photos you see in this hands-on.

This is one area that does not seem to have changed from the Honor 9i. The Honor 7X features a FHD+ (2,160 x 1,080 Pixels) LCD unit, which looks pretty good and showcased saturated colours.

The 18:9 display is the highlight of the device, considering that Vivo, OnePlus and Oppo have started to offer taller displays on their mid-range and flagship offerings in India. The tall display offers an 83 percent screen to body ratio, which is similar to what we saw on the Honor 9i.

The display looked fine during my brief hands-on time and seemed to be just about bright enough. Colours don’t shift much when viewing the display off axis, but the brightness levels drop drastically.

The Honor 7X just like the Honor 9i features similar hardware that is almost identical when going by its specifications on paper.

There’s a HiSilicon-made Kirin 659 octa-core chipset that is clocked at 2.36 GHz and features eight Cortex A53 cores. Four of them are clocked at a lower 1.7 GHz for handling less-demanding tasks. 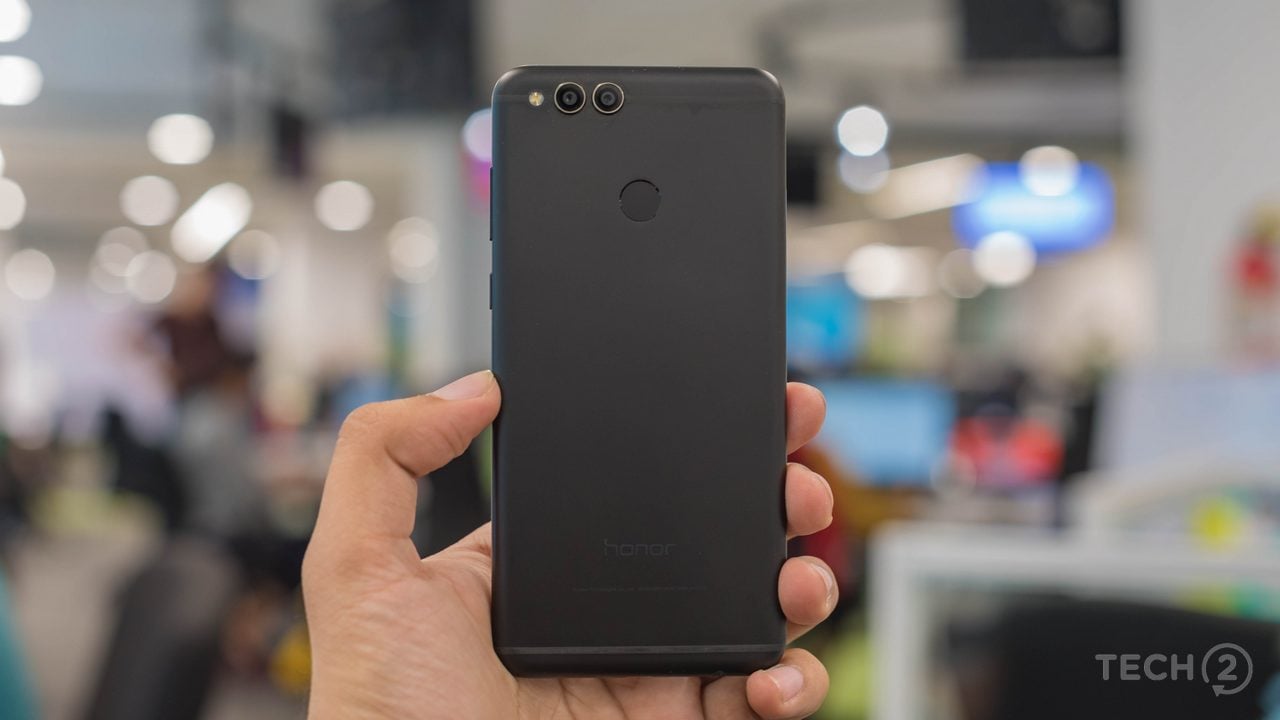 Paired with what appears to be quite a capable chipset is 4 GB RAM and 64 GB of internal storage.

The Honor 7X runs Huawei EMUI 5.1 software with Android 7.0 Nougat as the base. While the software does seem like a bit of a let-down because it lacks Google’s latest and greatest mobile operating system, its customisations in terms of features and usability, tend to make up for it. Apart from the UI, which seems pretty flexible and customisable, it also seemed to run pretty fluidly during my short hands-on.

The Huawei Honor 7X features a 16 MP + 2 MP camera setup on the rear just like its elder sibling the Honor 9i, but cuts down on the front facing cameras by offering a single 8 MP camera unit.

Despite the lack of a dual front-facing camera, Honor said that it will offer a software portrait mode, which should work well. What has grown is the size of that LED flash unit which should deliver better shots when used in low light scenarios.

The UI of the camera felt simple, functional and typically Honor. Upgraders will find all the controls exactly where they expect them to be. We will take a close look at the camera in our full review.

The Honor 7X features a 3,340 mAh battery, which seems pretty good for powering a display that is 5.9-inches tall. Add in the Full HD+ resolution and those Cortex A53 cores and one can expect some good battery life. What is lacking is the presence of a Type-C reversible USB port, and fast charging.

During my initial hands-on with the Huawei Honor 7X I had just one question in my mind – why? Why should Huawei launch a Honor-branded smartphone, that looks similar and even performs similarly to its mid-range Honor 9i? This is more so because the 9i is an all-rounder and performs on par with smartphones that are even priced higher. 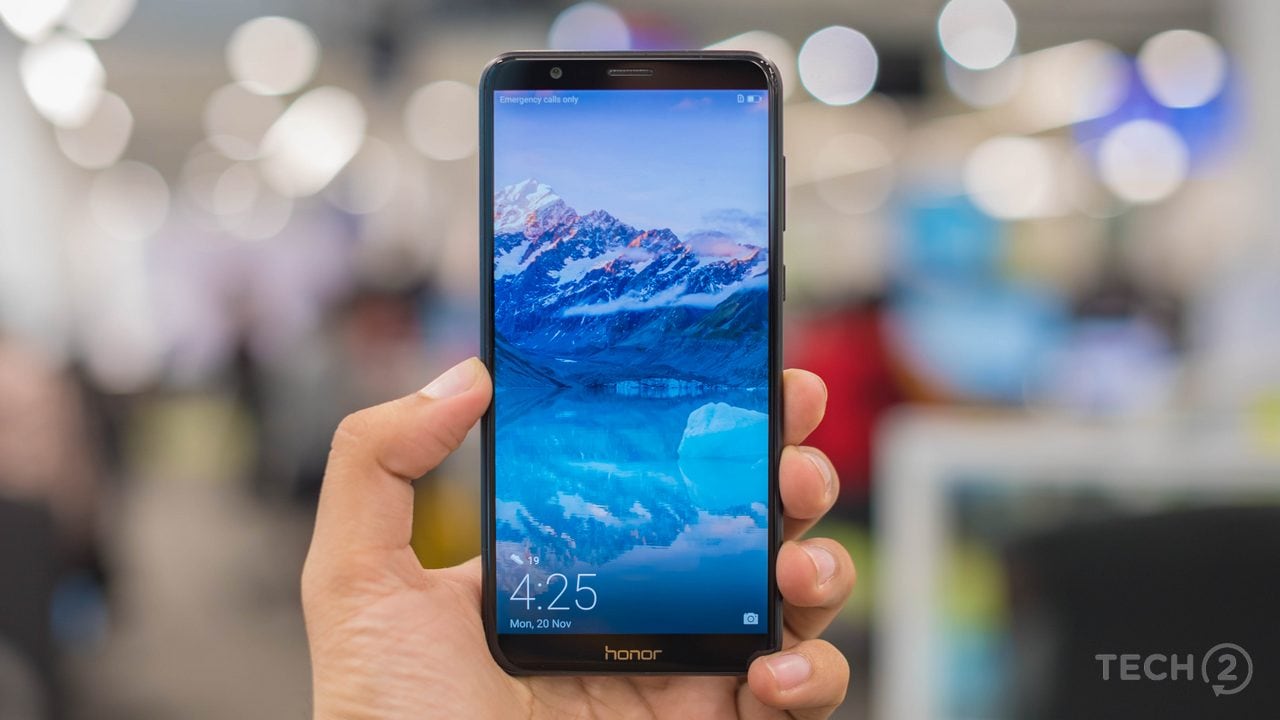 The Honor 7X will compete with Xiaomi Mi A1 at the higher end of the budget smartphone segment. Image: tech2/Rehan Hooda

As I was typing down the first impressions, it now became clear. That the reason for the Honor 7X’s existence is Xiaomi. While the Honor 6X was a great predecessor, the 7X packs in so much more with an 18:9 ratio display, all-metal body and a dual camera setup with a capable portrait mode, that should easily help take down Xiaomi’s Mi A1 and more. We will be looking at the Honor 7X more deeply in our full review.

Whether it will beat the competition also depends on its pricing, one that will be revealed at its December launch.