Huawei HiSilicon Kirin 970 specifications leaked; will be the SoC in the flagship Mate 10

Huawei's upcoming flagship phone, the Huawei Mate 10, will be announced at an event in Munich, Germany, on 16 October. However, the Chinese telecom player and smartphone maker has announced that the new flagship will house the HiSilicon Kirin 970 chipset. HiSilicon Kirin family of SoCs are made by Huawei. 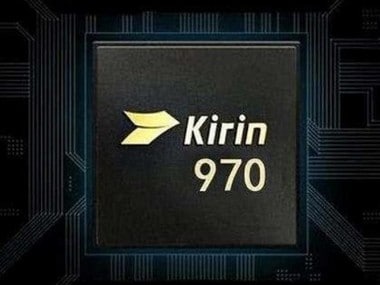 Along with the announcement, there has been a new leak out on the internet which throws light on the specifications of the Kirin 970 chipset.

The Weibo leak as reported by GizmoChina shows that the Kirin 970 chipset houses an octa-core processor with a quad-core Cortex A73 cluster and another quad-core Cortex A53 cluster having maximum clock speeds of 2.8 GHz. On the graphics front you will get a Mali G72 MP8 GPU. The Kirin 970 is based on a 10 nm manufacturing process. 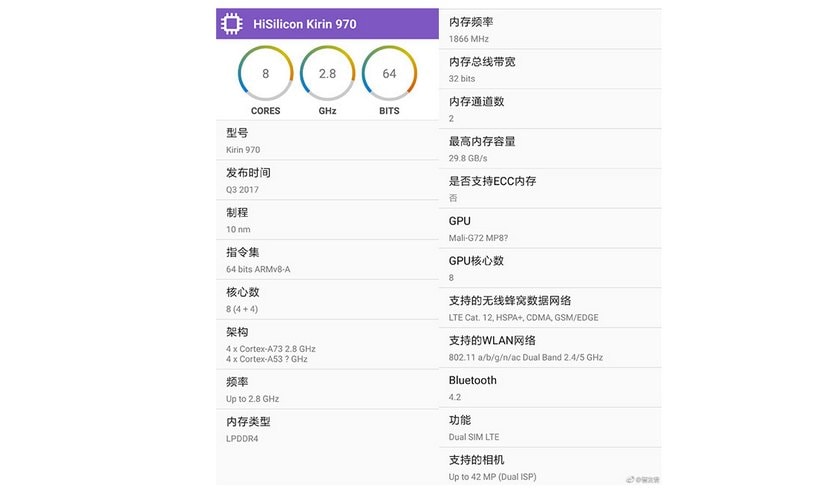 According to previous leaks, the Huawei Mate 10 is expected to come with a 6.1-inch display. The focus will be to improve upon areas such as battery life, software lag, optimising 4G and improved camera.

The launch date for Huawei Mate 10 is a good month and more after other flagships such as the Samsung Galaxy Note 8, Apple iPhone 8 and LG V30.