GPU Turbo tech increases the performance of a device by 60 percent, even if the power remains at 30.

Huawei has officially released a rollout schedule of the GPU Turbo technology update for Huawei and Honor phones. According to Huawei, the technology, which was announced earlier this month, increases the performance of all its devices by 60 percent, even if the power use remains at 30 percent, according to the company.

A Noypigeeks report that revealed an image of the roll-out schedule from the Huawei event, said that the company revealed only a small list of devices on which the update will happen, however, they now have a full list of supported Huawei and Honor smartphones. 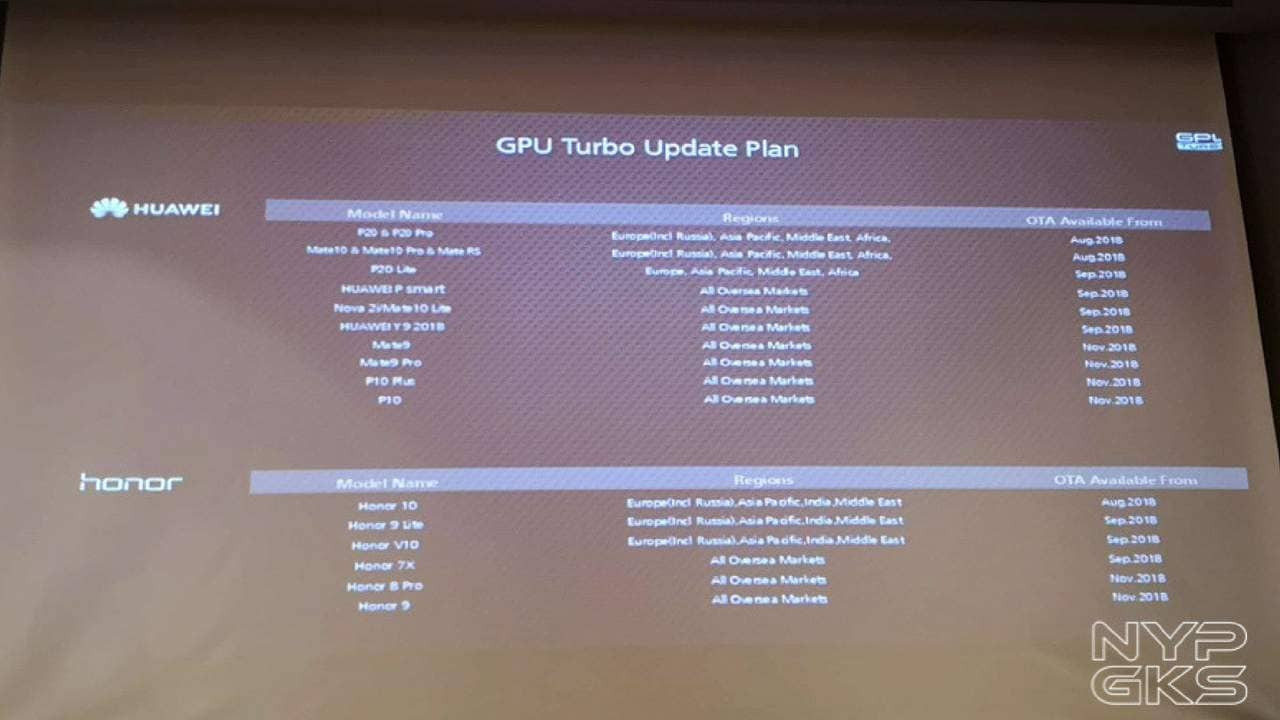 GPU Turbo technology can be enabled on a device via a software update, and therefore even users with older Huawei smartphones with older hardware can experience the upgrade. 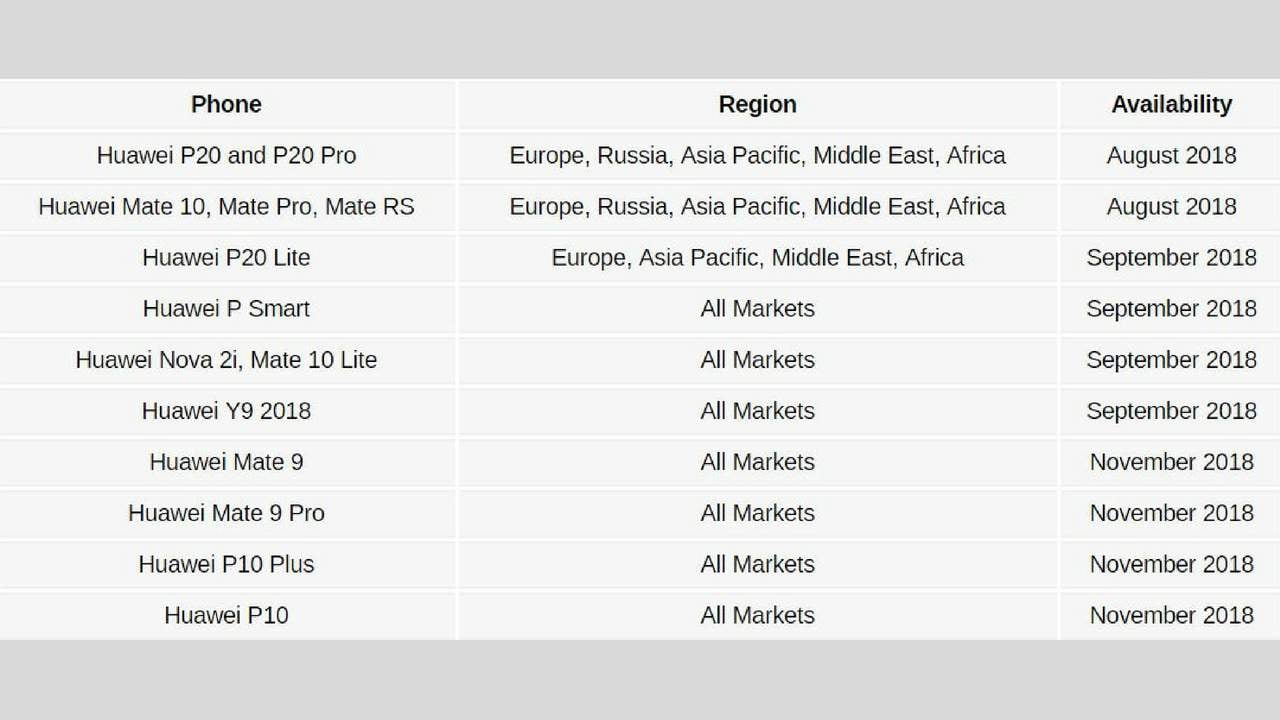 According to the report, Huawei has run a few real-life gaming tests using the older Mate 10 achieving an average frame rate of 59.7 fps on King of Glory, 59.5 fps on CrossFire and 59.8 fps on Knives Out. 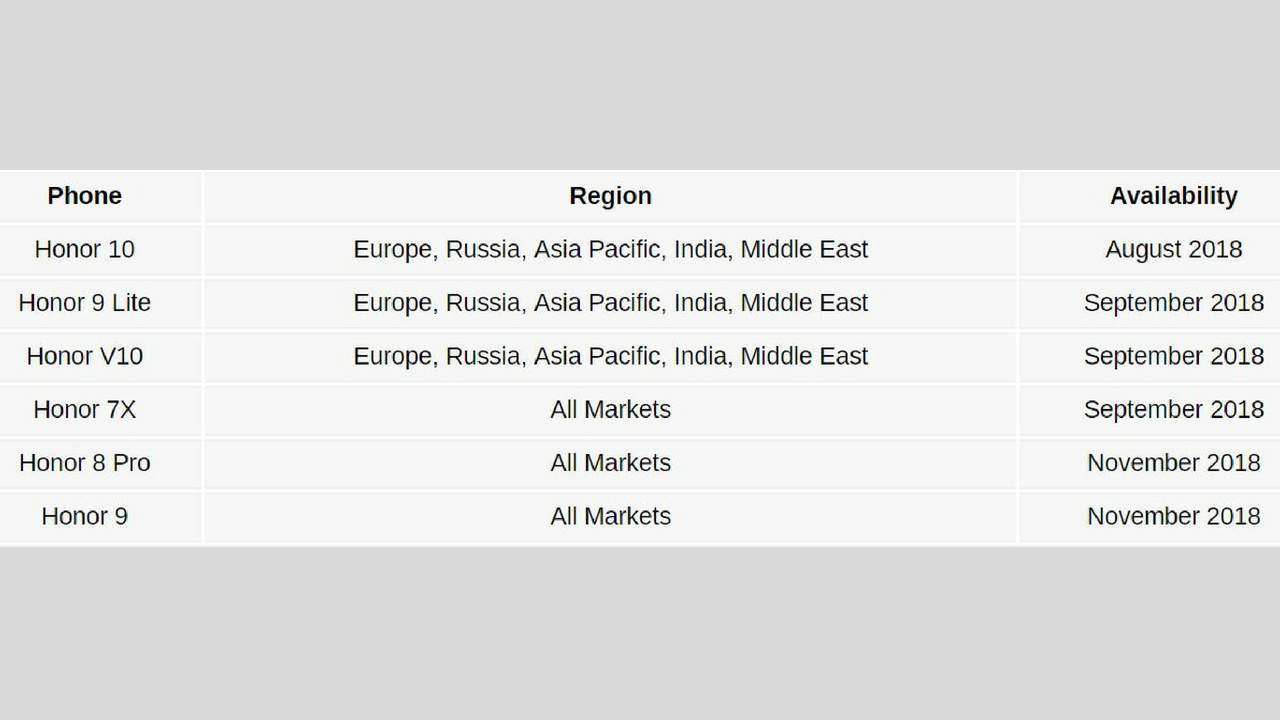 GPU Turbo will reportedly benefit users who game because that demands high graphics processing efficiency and this technology will help enhance the speed for an optimal experience.