How to switch to new Twitter UI for desktop, add colour themes to your profile

Here is what's new in the redesign desktop app for Twitter and how you can switch to it.

Since earlier this year, Twitter has been testing a redesign for the desktop app with a few users. Last month, some users also started to see the new design, but we were unsure if Twitter was still testing the design or if it's the final one. And now, it looks like the new UI is finally ready to use! In a tweet shared last night, Twitter has teased the new design for the desktop app, which is now more in line with Twitter's mobile application. In the teaser, Twitter essentially suggests that it heard us, and tried to include a lot of changes that the users have been asking for. For instance, the new design includes a dedicated Explore page, there is a bookmark feature on the web app now, among other things. And no, before you ask, there is no edit button!

The new UI is still rolling out to users and should be available to all users by end of the day. The new desktop app design is much cleaner than before. It basically feels like the mobile app, which is now optimised for desktop. 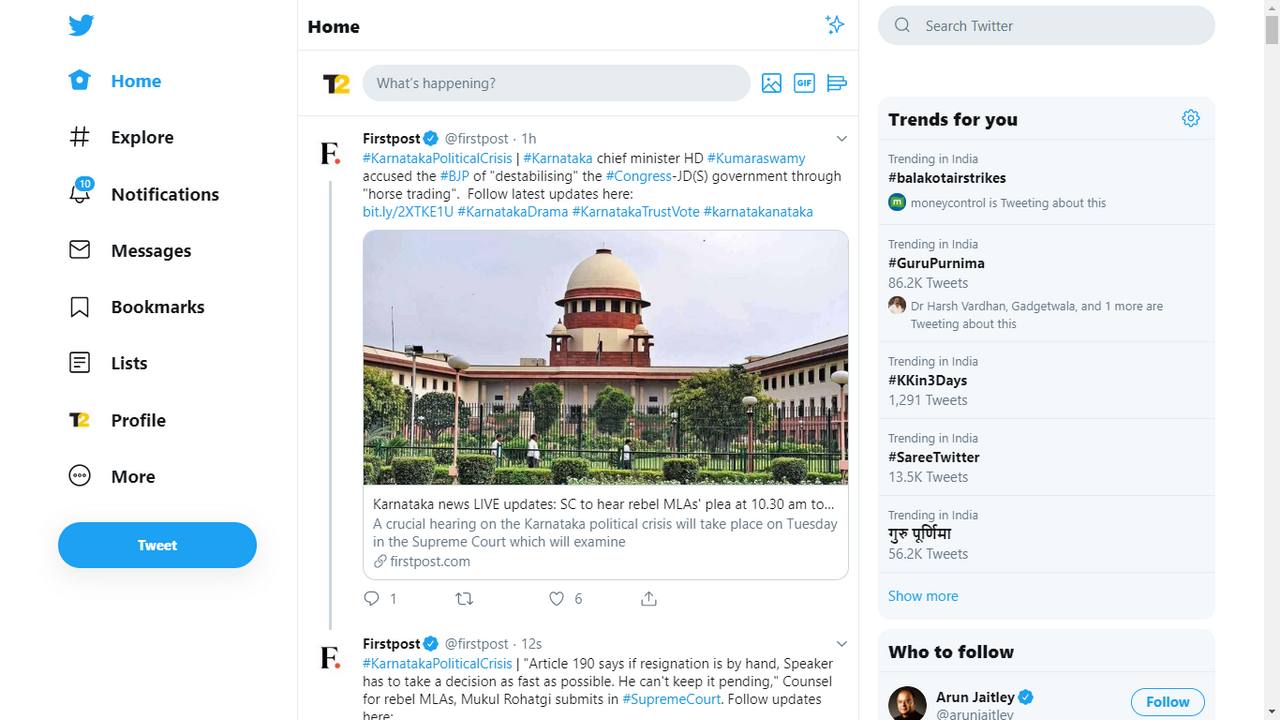 The new Twitter web app shows trends on the right and the navigation pane on the left.

Besides the dedicated Explore tab and bookmark feature, key changes coming to the new UI also includes, a larger view of Direct Messages which will let you respond to messages and see your various conversations on the same screen (somewhat like the FB Messenger's desktop UI), there is sidebar menu that lets you easily switch between accounts, and now you have two options for dark mode, as well as various themes and colour options.

The two new dark mode options are similar to the dark themes Twitter added to iOS a few months ago. In addition to the 'Dim' dark mode theme (blue/grey theme), there is now also a 'Lights Out' theme and an automatic dark mode. The new colour options let you choose between yellow, pink, blue, purple, orange and green colour themes, that changes the accents and fonts into the chosen colour. Looks good! Our tech2 page now follows the complete black and yellow theme. 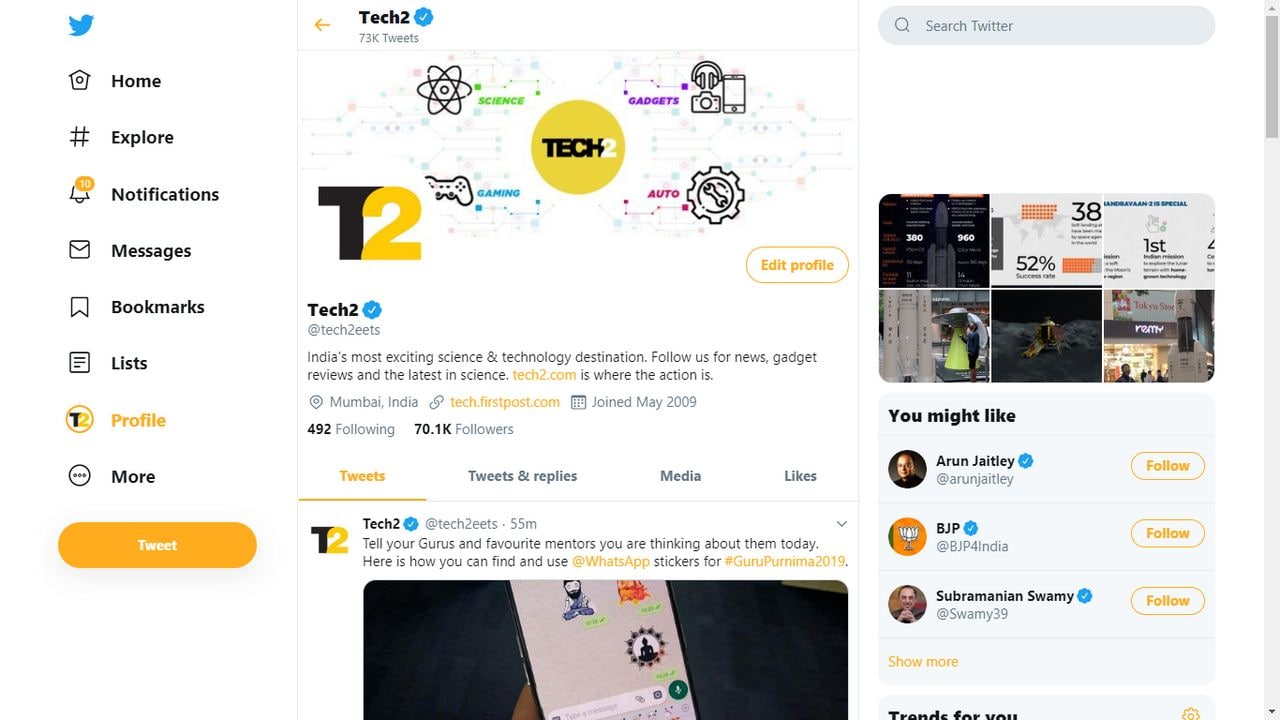 You can now choose different colour themes for your profile in the web app.


Step 1: Open the Twitter desktop app, and click on the profile icon on the top right and in the drop down, the last option will be 'Try the new Twitter'. 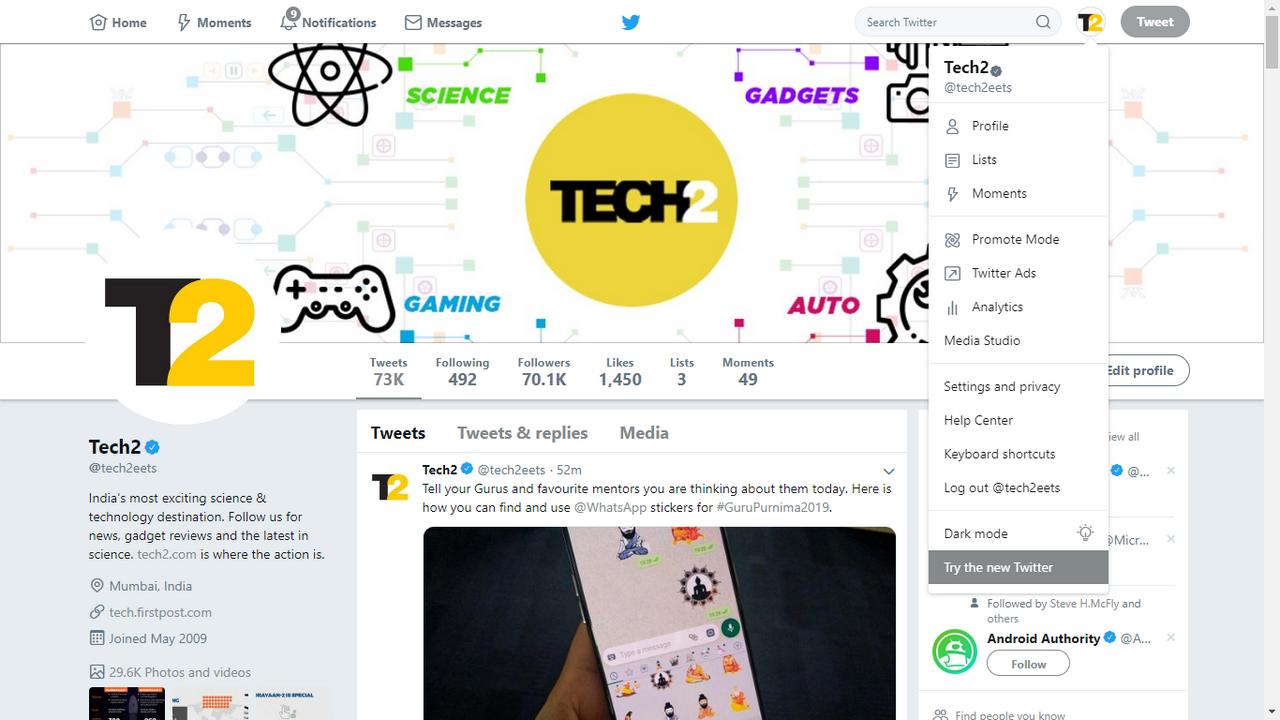 How to switch to the new desktop app for Twitter.

Step 2 : You are now looking at the new design for Twitter desktop.

Step 3: To change the colour theme or choose between the three dark modes, on the left of your profile, you will see a "... More" option. Click on that. 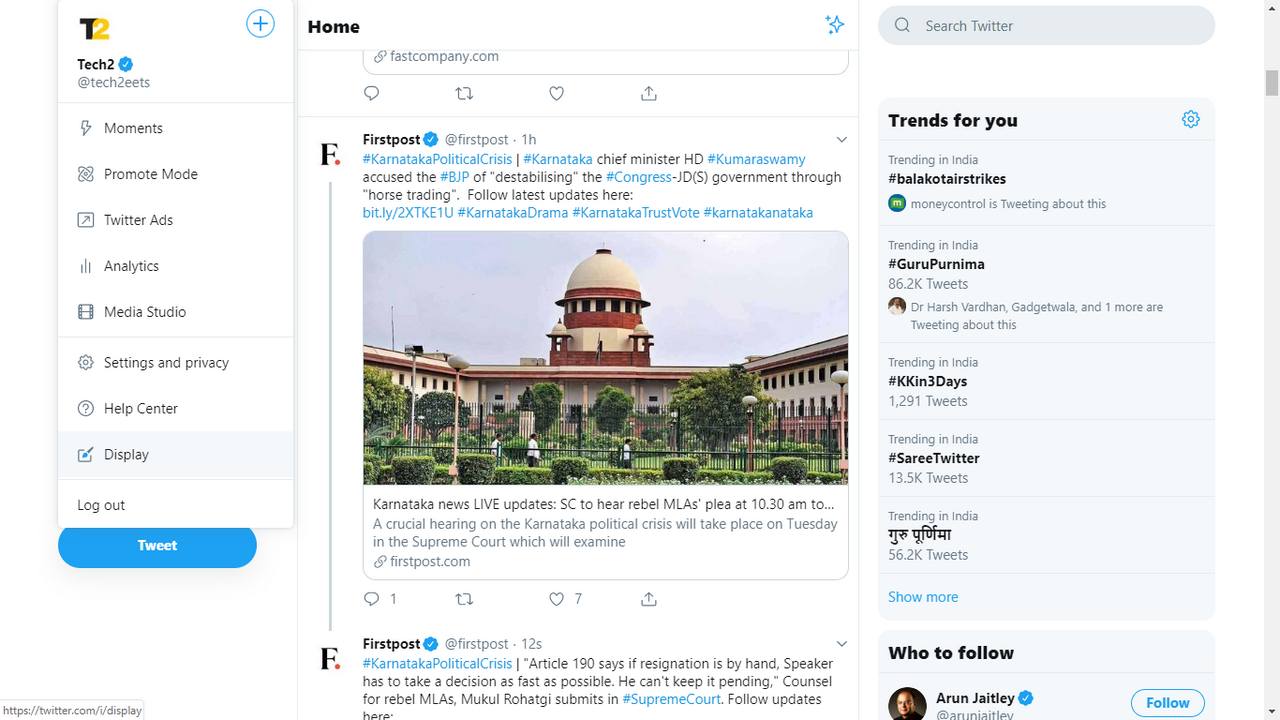 Head to "... More" option in the navigation panel on the left.

Step 4: The second last option in the drop-down that pops-up, right above the log-out option, will be "Display". Click. 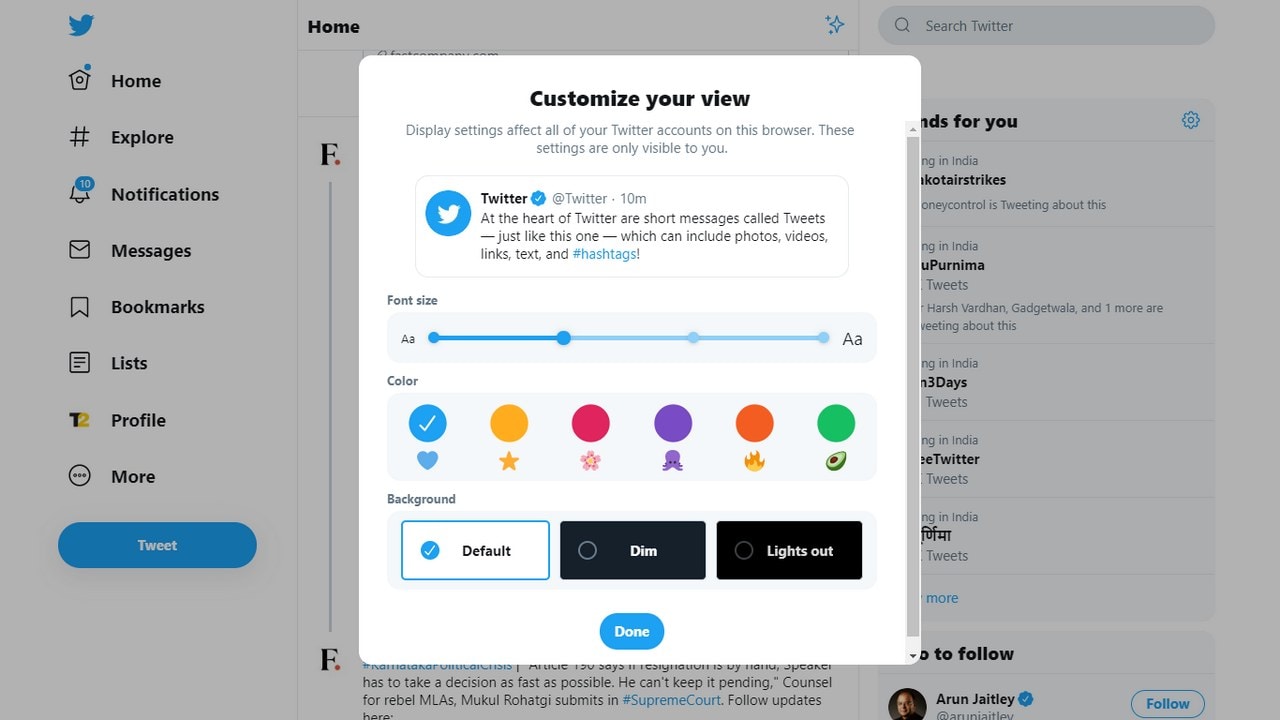 You have six different colour themes to choose from.

Step 5: From here, choose from different colour themes, at the bottom, there is the option to choose different shades of dark mode. You can also change the font size from here.

Watch: Musician reveals how to create song like Badshah in 2 minutes; rapper says he 'almost cracked it'