YouTube says it would refine its short video format and roll it out in more countries in the coming months.

YouTube has launched the early beta of YouTube Shorts as TikTok pursues a partnership with Oracle that it hopes will spare it from being shut-down in the US by President Donald Trump.

"Shorts is a new short-form video experience for creators and artists who want to shoot short, catchy videos using nothing but their mobile phones," YouTube vice president of product management Chris Jaffe said in a blog. 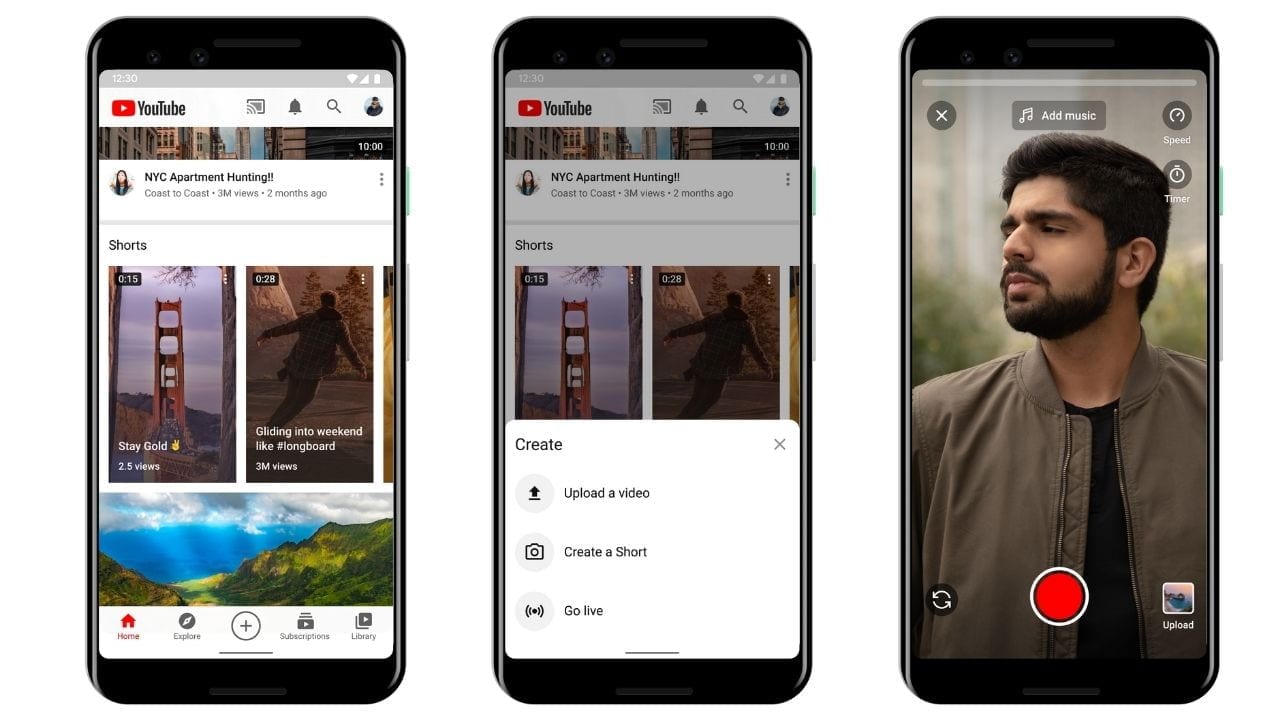 "Over the next few days in India, we're launching an early beta of Shorts with a handful of new creation tools to test this out."

YouTube Shorts videos are limited to 15 seconds, according to the Google-owned platform used by some 2 billion people worldwide. The app will give users access to use editing tools to do things like string multiple video clips together, use speed controls and timers, and add music to your video clips.

Jaffe noted that Shorts will be modified based on user feedback before being made more broadly available.

Currently, the feature is only available for Android users in India. YouTube says, it will soon be expanded to iOS devices as well.

Here's how you can check if you have access to the Shorts camera, and how the feature works:

Step 2: In case you don't have access to the Shorts camera yet, you can still upload your existing vertical videos that are less than 60 seconds using the hashtag #Shorts in the title or description.

YouTube says it will be testing out a section on the YouTube homepage to highlight videos created from the Shorts camera, as well as any vertical video up to 60 seconds that have been uploaded to YouTube.

Also note, Android users in India will see the “Create” icon has moved to the middle of the bottom navigation bar.