Honor 9 Lite India to launch in India today: Here is how and where you can watch the livestream of the event

After launching last year in China, Huawei’s Honor 9 Lite is going to launch in India in New Delhi today. 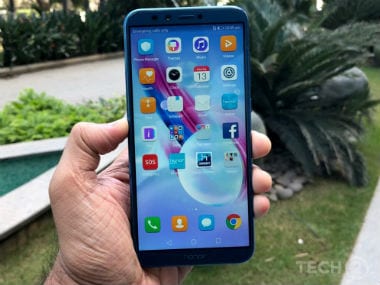 The USP of the phone is the presence of quad cameras — 13 MP + 2 MP sensors on the front and the back. The Honor 9 Lite has a 5.65-inch FullHD display with an 18:9 aspect ratio. Under the hood, the Honor 9 Lite will be powered by Huawei's HiSilicon Kirin 659 processor and has a 3 GB and 4 GB RAM variants with 32 GB and 64 GB internal storage respectively. The storage can be expanded via a microSD card to 256 GB. The phone runs Android 8.0 Oreo alongside Huawei's custom EMUI 8.0.

You can also watch the live stream on Honor's YouTube channel from 12:30 pm onwards. We have embedded the link below.

Get ready to dazzle with #Honor9Lite. Only 1 hour to go! Tune in to Facebook & Twitter to watch the launch LIVE! #MaxYourBeauty pic.twitter.com/EqUbB5Bztk

To know more about the smartphone, you can also read the first impressions here.

Huawei P20 to reportedly release in early 2018; to come alongside P20 Plus and P20 Lite