Honor 7A will launch in China on 2 April; could come with dual-camera, dual-speaker and Snapdragon 430 SoC

Honor's upcoming smartphone, the Honor 7A is going to become official on 2 April according to the media invite shared by the company. The phone's design was reportedly leaked earlier and it was assumed that the phone would launch this Friday, however, the invite says otherwise. 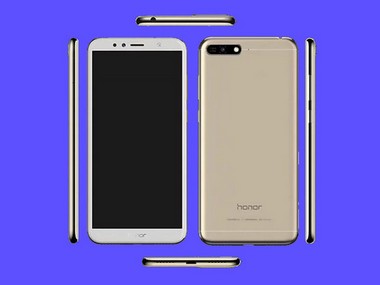 The leaked picture, as per GSMArena, showed no signs of fingerprint scanner anywhere on the device and so it can be assumed that the Honor 7A will be making use of the facial recognition software for authentication. The report suggests that the device will likely be powered by a Snapdragon 430 chipset, and have a screen size of 5.7-inch with a 1,440x720 pixel resolution. The phone is also expected to have 3 GB of RAM and 32 GB of internal storage. In the camera department, the Honor 7A should have a 13 MP + 2 MP sensor along with an 8 MP front-facing camera.