Earlier this week, HMD Global also raised an additional $100 million of funding with the primary intention of expanding its smartphone range.

Having launched a number of smartphones in 2018 already, HMD Global and Nokia do not seem like they are done with their fair share of launches for the year yet. HMD is expected to host a product launch on 29 May in an event that will take place in Moscow. 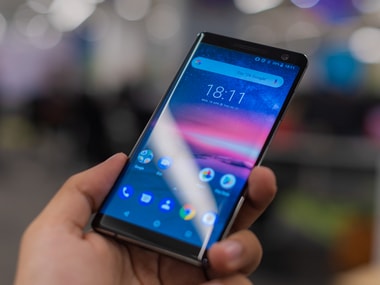 Nokia took to its official Twitter handle to reveal a teaser for the event along with the hashtag "ChargedUp". While we do not know whether that implies a smartphone with fast charging or larger battery life but the hashtag used does point towards something to do with the battery.

What's next in the #Nokiamobile story? Find out on Tuesday 29th May. It's time to get #ChargedUp. pic.twitter.com/UUwVeBM3Pj

HMD Global's, Chief Product Officer, Juho Sarvikas also took to his own Twitter account to further tease the launch, though he too was careful enough to not drop any hints about the product just yet.

Based on a report by GSMArena, three Nokia-branded smartphones received regulatory approval in Russia earlier this month while HMD also confirmed the fact that the Nokia X6 which was launched in China recently, will be launched in other countries as well. This does not suggest that we might see the Nokia X6 being launched globally at the event but there could be a possibility.

Earlier this week, HMD Global also raised an additional $100 million of funding with the intention of expanding its smartphone range which does hint that the company will be aggressive when it comes to product launches in the coming few months.