HMD Global that sells the Nokia brand on 24 November announced the rollout of Android 8.0 Oreo update for its flagship Nokia 8. 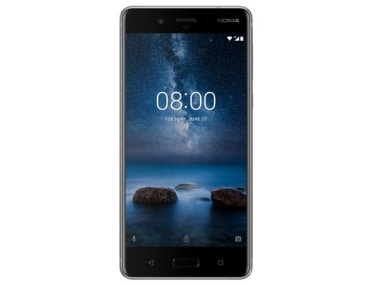 "We're proud to deliver pure and secure take of Android 8.0 Oreo on the Nokia 8. We've taken the time to test, optimise and refine the platform," Juho Sarvikas, Chief Product Officer of HMD Global, said in a statement.

HMD Global launched the Nokia 8 smartphone in September for Rs 36,999.

The selfie camera has a 13 MP sensor with PDAF and f/2.0 aperture.

The device has "Dual-Sight" video or "Bothie" feature that lets simultaneously livestream a selfie while also using its main camera, in a splitscreen visual, for both photos and videos.

The phone is powered by Qualcomm Snapdragon 835 processor paired with stock Android Nougat operating system (OS). A 3090 mAh battery powers the device which is comes with Qualcomm "Quick Charge" compatibility.

There is 4 GB RAM and 64 GB internal memory with MicroSD card slot to expand storage up to 256 GB.

Nokia users to get the Android P update when it arrives, assures HMD Global

Nokia 8 Review: HMD Global has produced a device that can carry the Nokia legacy, but camera needs a lot of work

Nokia 8 launched in India at Rs 36,999: All you need to know about Nokia's first Android-powered flagship