HP continues to be the market leader in the laser HCP market with 57.4 percent market share.

The HCP (Inkjet, laser, SDM and line printers) market in India recorded an overall shipment of 714,129 units — a decline of 5.8 percent year-on-year (YoY) — owing to the Goods and Services Tax (GST) implementation with HP Inc leading the segment, a new report said on Thursday. 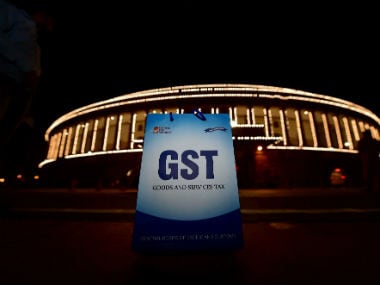 According to the report by research firm International Data Corporation, the rollout of GST caused weak sell in shipments in the second quarter of 2017 as the focus of the distributors was on clearing the existing inventory.

HP Inc regained the top position in Inkjet printer market with a unit share of 45.9 percent after posting a 7.2 percent (YoY) growth. It continues to be the market leader in the laser HCP market with 57.4 percent market share.

"Our commitment to deliver best-in-class products is reflecting in terms of further strengthening of our market share in Q2 of 2017. Not only entry- and mid-segment computing devices, we are getting extremely positive response for our premium and gaming devices," Ketan Patel, Senior Director, Personal Systems, HP Inc. India, told IANS.

Epson had a weak sell-in and suffered a decline of 28 percent (QoQ) but is expected to rebound in third quarter as demand from both distributors and end user picked up post GST implementation.

Earlier, another IDC report said this week that HP continues to lead the PC market with 33.8 percent share in the second quarter of 2017. HP recorded the highest overall consumer market share in the last 10 quarters.

"We sincerely value the faith the customers continue to bestow upon us and will continue to innovate and amaze our customers by introducing top of the line products," Patel added.

The consumer PC market recorded an overall shipment of 0.81 million units in Q2 2017, which is 22.7 percent lower compared to the same period last year and a 22.6 percent decline (QoQ).

Post Office vs Banks: Which one is better for opening fixed deposits?