Greta Thunberg's face is plastered on another building, this time in San Francisco

Argentine muralist Andres Iglesias hopes the mural helps people realize “we have to take care of the world.”

Teen climate activist Greta Thunberg is staring down at pedestrians in the heart of San Francisco where an artist is painting a massive mural of the Nobel Peace Prize nominee.

Argentine muralist Andres Iglesias, who signs his art with the pseudonym Cobre, is set to finish the artwork of the Swedish 16-year-old in Union Square by next week, SFGate reported Friday.

Iglesias told SFGate that he’s donating his time to complete the work and that he hopes the mural helps people realize “we have to take care of the world.” 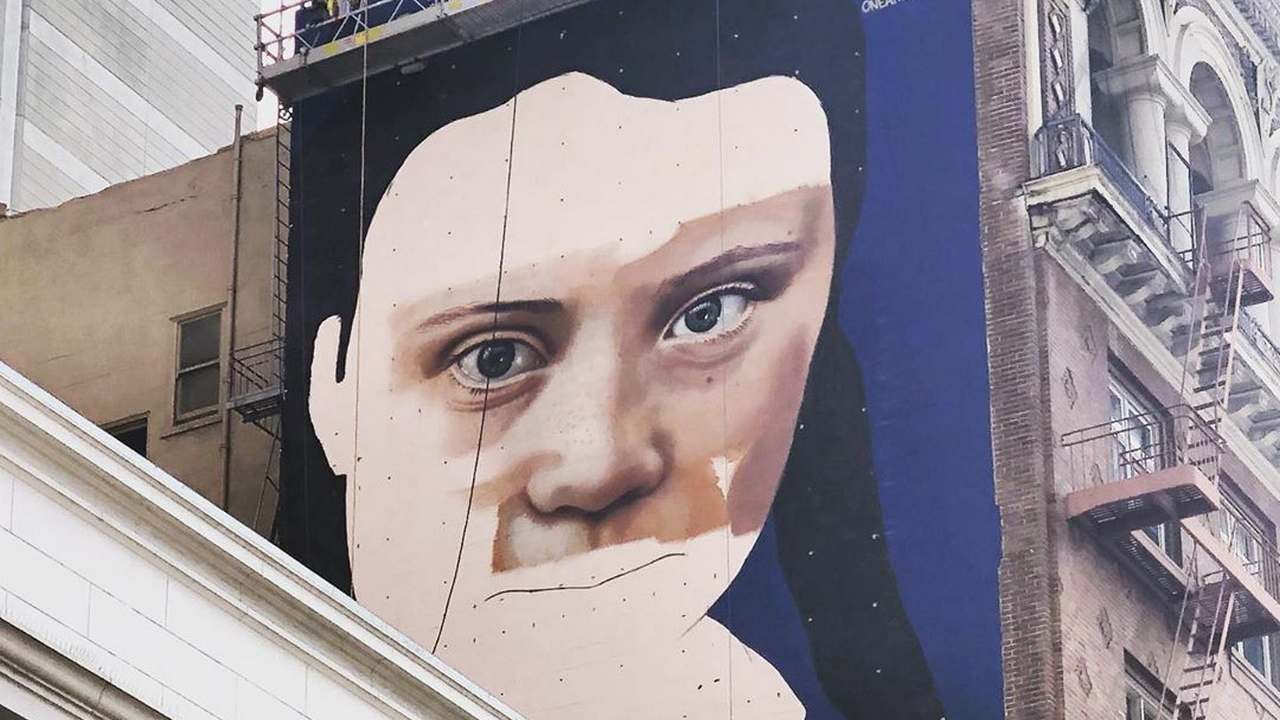 The Greta Thunberg mural in San Francisco is still a work in progress. Image credit: Instagram/sfstation

He had also painted a mural of Robin Williams in downtown San Francisco that has since been demolished.

Cobre said he was searching for a building for a new mural when environmental nonprofit oneatmosphere.org approached him about the project.

Paul Scott, the nonprofit’s executive director, said he believed the artist would be perfect to create the first of what his group hopes will be a series of works honouring climate-change activists.