The government will have to ensure that it addresses issues drawn out by majority and minority verdict.

Recently, Finance Minister Arun Jaitley stated that parliamentary legislation can bring back mandatory bank account and SIM linking with Aadhaar, sparking speculation on the possibilities as well as the means available for the government to do so. On a reading of the Aadhaar judgment, it becomes clear that while it is possible for the government to bring these back via legislation, the road will be difficult, given the declaration of these processes in their current form as unconstitutional.

The Court has, in both its majority and minority verdict, termed these as arbitrary, excessive, draconian and as not being the least intrusive method of achieving the stated aim. For both, it is to be noted, the State’s aim was recognised, but mandatory Aadhaar linking as a method to achieve the aim was held to be unconstitutional.

A new legislation will need to take a very different form, and even so, will very likely be subjected to litigation once again, and judicial review thereby. 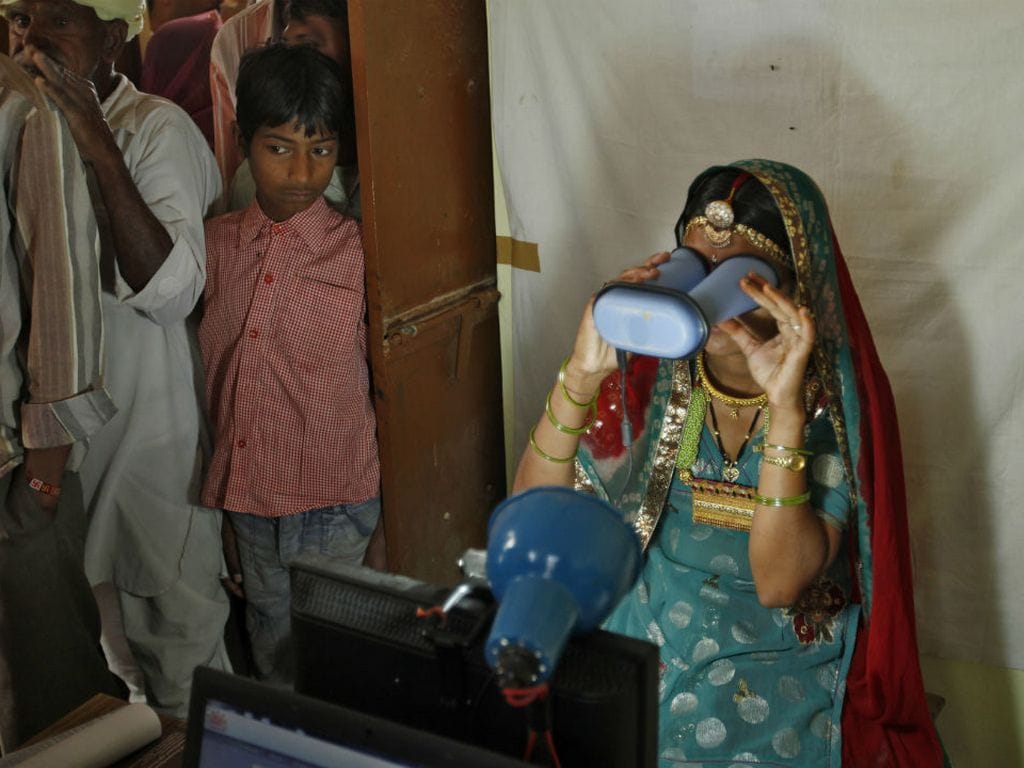 The Aadhaar and bank account linking had been mandated in 2017 via the amendment to Rule 9 of the Prevention of Money Laundering (Maintenance of Records) Rules, 2005. This rule in its present form has been struck down, in its entirety, by both the majority and minority verdicts.

It is worth noting here that the verdicts have struck down Rule 9 in its entirety, indicating that the Court takes issue with mandatory Aadhaar linking to bank accounts in itself. For instance, had the issue only been with the deprivation of property through the clause in Rule 9, which renders the bank accounts inoperational, the Court could have chosen to strike down this clause alone and save the rest of the rule. It will not be possible, therefore, for the government to merely enact a new rule sans this consequence, which only mandates the linking of Aadhaar to bank accounts. A new rule will have to take a completely different form.

Criticism of linking as a solution for money laundering

Returning to Rule 9 in its present form, the majority verdict, while recognising the government’s interest in preventing money laundering and black money, greatly criticised the use of Aadhaar linking as a solution. The majority verdict has held that firstly, the rule did not meet the test of proportionality and secondly, violates the right to privacy of a person as extends to banking details.

The verdict further took issue with the presumption of criminality that follows such a ‘sweeping provision (Rule 9) which targets every resident of the country as a suspicious person’. This, they termed as disproportionate and arbitrary.

The Court further criticised the effectiveness of the proposed solution, observing that people are unlikely to keep black money in their bank accounts. It noted that while there may be fake accounts, these are likely to be fewer in number. The rule, it was thus held, failed to meet the test of proportionality. To understand the test of proportionality, as laid down by the Court, it involves a four-part test: is there proper purpose; is there a rational connection between the means and the end; are there no less intrusive alternatives and is there a proper relation between the importance of achieving that aim and the importance of limiting the right in question.

The majority verdict goes on still further in criticism of the Aadhaar-bank account linking, noting that, firstly that a mere ritualistic incantation of money laundering and black money did not meet the ‘proper purpose’ test. There were no explanations as to how the linking with Aadhaar would reduce black money, and plus there were alternative methods like KYC for the purpose, thus making it unclear why the linking with Aadhaar was imperative. This, they termed as ‘grossly disproportionate’. Stand in other verdicts

In summary, the majority verdict has taken major issue with the mandatory linking in itself. This has further support from Justice Chandrachud in his dissenting verdict, who has also struck down Rule 9, terming it as disproportionate, excessive, manifestly arbitrary and that it fails to meet the test of proportionality. Here, it must be noted that Rule 9 was upheld in Justice Bhushan’s separate verdict, but this will not be binding since for Rule 9, Justice Bhushan’s verdict is in the minority.

Inoperational bank accounts is a deprivation of property

In addition to the linking itself, the clause in the rule that required bank account owners failing to link their Aadhaar to be unable to operate their accounts was further held to be unconstitutional by both verdicts. Justice Chandrachud termed this as a draconian consequence. Specifically, it was held to violate Article 300A of the Constitution, or the constitutional right not to be deprived of property.

The form of a new law

Both the majority and Justice Chandrachud’s verdict make it clear that the rule has been struck down in its ‘present form’, indicating that a new form may be acceptable. Justice Chandrachud in fact, explicitly clarified that government can redesign the rule to meet the test of proportionality.

The verdicts have given some indication of the form such a new law could take. The majority, for instance, took issue with the fact that the rule could have ruled out the many bank accounts which only have a modest balance and which involve only routine transactions. Justice Chandrachud, similarly, observes that the rule drew no distinction with the degree of its imposition, based on factors like the client, the nature of the business relationship, the nature and value of the transactions or the actual possibility of terrorism and money-laundering.

A new law will thus possibly have to take this form, where a distinction will be drawn between the customers who may have to seed their accounts with Aadhaar and those who don’t. The adequacy of such a differentiation, or of any new law for that matter, will need to be retested for its constitutionality. The verdicts on mandatory SIM linking

All three verdicts — the majority, Justice Chandrachud and Justice Bhushan struck down the 2017 Department of Telecom Circular on the mandatory linking of Aadhaar with a mobile number as unconstitutional. Here, the important point is that while the lack of an adequate law backing the circular was the primary reason for holding it to be unconstitutional, the linking itself was also found to be disproportionate and an unsuitable means of achieving the purpose at hand.

Lokniti ruling, not a direction

On the lack of law, the majority verdict noted that the Court’s ruling in the Lokniti Foundation case, which had been argued to provide legal backing to the DoT Circular (For details, read here), did not amount to a ‘direction’ of the Court amounting to a law. It was merely a note of the State’s statement that a ‘suitable’ method had been developed for subscriber verification. Further, the Court had not discussed or addressed the issue of violation privacy, further indicating that this was not a direction with the force of law. The lack of legal backing, thus, causes the Circular to fail the test of proportionality, making it unconstitutional.

Mandatory linking itself is unconstitutional

The majority verdict further takes issue that the linking impinges the voluntary nature of Aadhaar, forcing people to have an Aadhaar in order to have a SIM. The Court noted that every person subscribing to a SIM did not need/ enjoy a benefit/ Service as per Section 7 of the Aadhaar Act. This, they ruled to be disproportionate and unreasonable state compulsion.

Justice Chandrachud in his dissenting opinion further supported this, observing that the real issue was whether Aadhaar linking was the least intrusive method of addressing issues with subscriber verification. He further observed that State could not be oblivious to the need to protect user privacy and the inherent dangers with the utilisation of the Aadhaar platform by telecom service providers, particularly in view of the possible compromise, abuse and commercial exploitation of biometric data. Once again, the State’s interest in subscriber verification was recognised, but the mere existence of a legitimate State aim, it was held, will not justify the means adopted.

It is also worth noting here that unlike with Rule 9, the Court did not explicitly allow the government to come up with a new form of a law to validate Aadhaar-SIM linking. However, a law in a new form may be possible, but it will need to satisfy every one of the issues raised in these verdicts, which will be difficult given the extent of the criticism.

The difficult road to a new law

It is thus possible for the government to envisage a new form of law to mandate SIM and bank account linking with Aadhaar. However, the government will have to ensure that it addresses the number of issues drawn out by both the majority and the minority verdict.

The verdicts have made it clear that a mere legitimate State aim, be it to prevent money laundering or verify subscriber identity, will not be enough. The justifications used by the State so far in the Aadhaar hearings are also unlikely to support a new law as well since these were not accepted by the Court. Mandatory linking in a present manner, the Court has made it clear, is arbitrary, excessive, draconian, does not meet the test of proportionality and is not the least intrusive way of achieving the purpose at hand.

The government, thus, has its work cut out in drafting a new law that resolves all of these issues.

Any new law, further, will likely be met with a challenge in the courts, and such a challenge is likely to draw a large amount of support from the finding of unconstitutionality and scathing criticism of the Court in these verdicts.