The disagreement could be a stumbling block, and risks delaying Apple’s plans to penetrate the Indian market.

Apple Inc has asked India to defer a planned increase in import taxes on mobile phone parts so it can expand its iPhone manufacturing in the country, but the government is unlikely to accede, people familiar with the matter said. 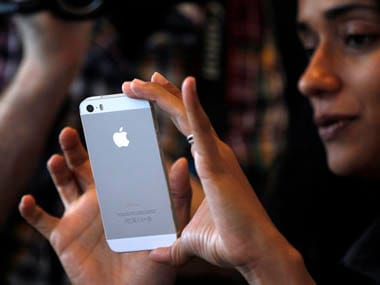 The US technology giant has been in talks with Indian officials for months, seeking “pre-requisites”, government tax breaks and incentives, for expanding its operations in one of the world’s fastest-growing smartphone markets.

During those talks, Apple has conveyed it wants India to defer an existing policy that plans to levy taxes on more imported mobile components in line with Prime Minister Narendra Modi’s “Make in India” drive to boost domestic manufacturing.

While India’s government has been keen to get Apple to manufacture in India as a showpiece investment, it has told the US firm there would be no policy exemptions, so there will be no tax breaks on parts imports, the people said.

Apple has expressed willingness to increase local value addition over time, but has stuck to its demand for immediate import tax relief to expand its iPhone manufacturing, the person added.

Apple declined to comment, and there was no response from either Modi’s office or the Ministry of Electronics and Information Technology, which is trying to help build an electronics manufacturing base.

The disagreement could be a stumbling block, and risks delaying Apple’s plans to penetrate the Indian market, where it currently just assembles its iPhone SE model.

Despite a boom in smartphone sales in India, Apple’s market share is only around 2 percent.

Apple has demanded the tax relief as India still lacks an ideal ecosystem for parts makers to thrive. Counterpoint Research data shows that while more than three-quarters of smartphones sold in India are made locally, about 90 percent of the $14 billion worth of mobile components are imported.

To change that scenario, India imposes a 10 percent tax on imported components such as batteries, chargers, and headsets.

Under a “phased manufacturing programme” (PMP), the government plans to extend the taxes to more components as a way of nudging parts makers to switch to more local production.

“It’s been a chicken-and-egg problem for component suppliers whether to set up manufacturing operations in India,” said Neil Shah, a director at Counterpoint. “Apple and its partners will eventually have to comply, otherwise Apple will always price its products at a premium.”

A previously unreported note prepared by India’s IT ministry assessing Apple’s demands showed the company sought an exemption from PMP, which the ministry said: “may not be feasible”.

Some of Apple’s other demands, including capital equipment incentives as well as allowing importing and then exporting phones after repairs, would require policy changes, according to the note.

While the government has publicly said it is still considering Apple’s demands, the people familiar with the talks said it has made clear it won’t make any special concessions.

“We have told them, please come and invest but we cannot do things that go beyond our policies. We cannot do things only for you,” said one senior government official with direct knowledge of the matter. “They are coming around (to our view).”

Apple has said it would be able to create 5,000-10,000 jobs in India as and when it expands there, the official said.

Explained: Will proposed e-commerce rules do away with flash sales, boost Make In India?