At an event in Pittsburgh, Sundar Pichai said Google will spend the money over the next five years to fund grants to non-profits globally.

India-born Google CEO Sundar Pichai has pledged $1 billion in new initiatives to prepare people for the next generation technology jobs. 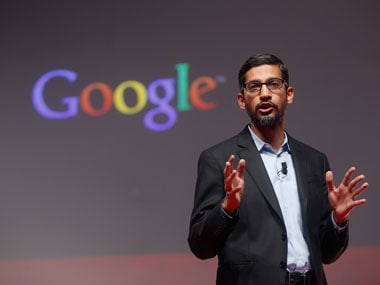 At an event in Pittsburgh, Pichai said Google will spend the money over the next five years to fund grants to non-profits globally, CNET reported late on Thursday.

Google will fund organisations working in areas like closing the world's education gap, helping people prepare for the changing nature of work and ensuring that no one is excluded from opportunity.

"We're always asking how we can make sure the opportunities created by new technology are available for everyone, in any city, in any state," Pichai was quoted as saying.

Pichai also announced a second programme under which Google employees will be able to donate one million volunteer hours to nonprofits.

Another initiative called "Grow with Google" aims to help US workers by giving them access to Google products and in-person training sessions.

Google also announced a partnership with non-profit organisation Goodwill, including a $10 million grant.

"Sometimes, it's just showing up to help set up an event. Sometimes, we take a close look at technical issues non-profits might be having and help them innovate more quickly," Pichai said.