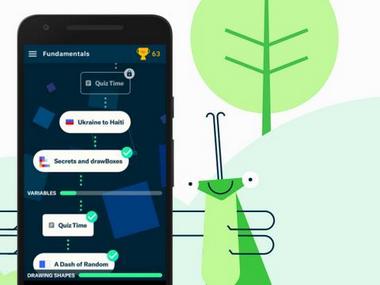 Grasshopper has been created by a team of coders from Google's workshop for experimental products — "Area 120".

"Coding is becoming such an essential skill, and we want to make it possible for everyone to learn even when life gets busy.

"We made Grasshopper to help folks like you get into coding in a fun and easy way," the company said in a blog post on 18 April.

"We put Grasshopper on a phone so you can turn your commute or waiting in line into a learning moment," it added.

The Grasshopper app is now available globally on both iOS and Android.

According to TechCrunch, the goal is to get coders proficient in the basics and core concepts, so they can take the next steps in their coding education.

The app offers several courses, beginning with "The Fundamentals," where users learn how code works.

No country for minorities: Legitimising murders in the name of blasphemy in Pakistan