The Google Pixel, Nexus 6P and Nexus 5X users will be able use the portrait mode features of the Pixel 2 and Pixel 2 XL devices. A third-party camera app named Camera NX brings the feature on these smartphones. 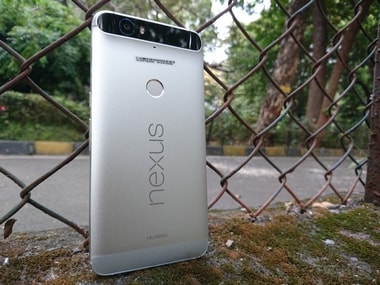 The app has been developed by Charles Chow from Chromloop who had also brought many other features to the Google's old devices.

The Camera NX app is not available on the Google Play Store and can be downloaded in APK format and needs to be installed manually. The app brings portrait mode on both front and rear camera of these devices. However, you need to be careful while side-loading the app as it has not been cleared by the Google Play Store yet.

The older smartphones from Google, namely the Pixel, Nexus 6P and Nexus 5X come with similar lenses and image sensor and hence the app can be used on all of these smartphones.

Google Pixel 2 and Pixel 2 XL offers a better portrait mode as it has an improved image sensor and more powerful hardware as compared to the older Google smartphones.

The app is installed as 'Camera' and has same user interface as the Google's official camera app.

Google Pixel 2 XL seen in two colour options; to be priced at $849 for 64 GB storage variant