Google's various services were down for around five minutes today which hit internet traffic across the globe.

For five minutes early on Saturday morning, the Internet stood still as all Google services including Gmail, Drive, Maps and Chat suffered an outage and didn't function.

The Google App Dashboard documented this brief outage as all apps provided by the search giant went down for around 5 minutes.

The app dashboard for Gmail had the following message for users:

We're aware of a problem with Gmail affecting a significant subset of users. The affected users are able to access Gmail, but are seeing error messages and/or other unexpected behavior.

A similar message was visible for all other apps that were down. 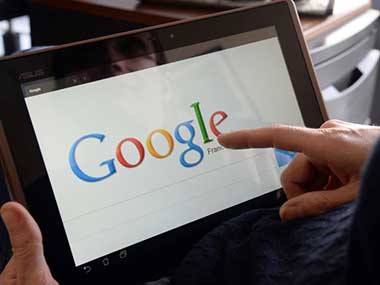 No search for five minutes? AFP

In India the outage took place on Saturday morning around 5:07 am and unless you were checking your email or getting directions that early in the morning, its unlikely you would have noticed.

However, reports pointed out that internet traffic crashed for the five minutes that all Google services were down.

CNETreported that according to web analytics firm GoSquared, traffic on the internet dropped around 40 percent during those five minutes and perhaps only highlights the reliance of internet users on the search giant.

After Google returned to normal, internet traffic did as well and as CNET points out search engines like Yahoo! and Bing weren't able to capitalise on Google's outage, only highlighting our dependence on services Google provides.

Google hasn't made any statement yet on what cause the outage.