The most searched for term on Google worldwide was Hurricane Irma, followed by the iPhone 8 and the iPhone X. 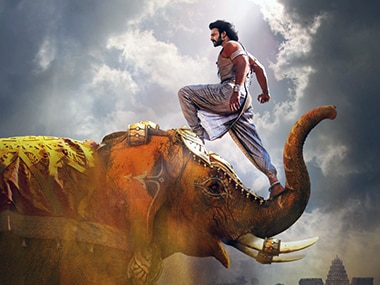 The global listing includes top searches for recipes, memes, musicians, actors and TV shows, while the listings for India are slightly different with the musicians and actors bunched under entertainers. The India specific listing also includes "near me" searches, and surprisingly even in the digital age, Indian users really wanted to find a post office near their locations. We guess this may have something to do with the demonetisation drive, after which post offices in India were accepting the devalued currency notes.

Although the official spelling is Baahubali, the overall top search as well as the top search in the movies category in India was "Bahubali 2". Social media star Vidya Vox rubbed shoulders with entertainers in mainstream media including Sunny Leone and Disha Patani. The most searched for how to topic, was how to link PAN with Aadhaar, followed by how to book a Jio Phone. The "What is" section showed that Indians had an interest in space, with NASA's Cassini mission to Saturn being high on the list. Another trending topic of interest for Indians was ransomware, with a number of high profile attacks seen over the course of the previous year.

The trending search topics for India also showed a large amount of interest in cryptocurrencies. The second most popular search query in the "What is" category, was "What is Bitcoin?". The "How to" section showed three cryptocurrency related queries in the top ten, including "How to buy bitcoin in India?", "How to mine bitcoin?" and "How to buy ethereum in India." The third most searched for "How to" in the global listings was "How to buy bitcoin?".

Below, you can check out detail lists of each category for aggregated queries from around the world, as well as the most popular searches in India.