Google Play photos on BB 10 are fake, but negotiations are real

BlackBerry may just have resolved one of its biggest problems. The lack of apps on BlackBerry world, especially when compared to Android's Google Play and Apple's iStore. 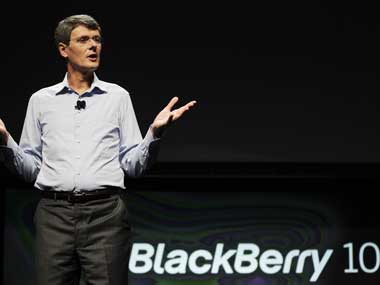 Although it is already possible to port Android apps for BlackBerry 10 or sideload them on to devices, life could just get a whole lot easier.

A report on CrackBerry showed images of a Z10 which had access to the Google play store. The pictures were later confirmed to be fake, but don't be disheartened. For there is no smoke it seems, without fire.

"We've reached out to some sources, who have confirmed there are ongoing negotiations between BlackBerry and Google", said the N4bb.com sitewhich also confirmed that the photos on CrackBerry were not real.

As this NDTV report points out,if the rumour turns out to be true and talks between the two giants do materialise into a done deal, BlackBerry would be able to solve the scarcity problem for the BlackBerry 10 app ecosystem, something faced by all late-entrants, including Microsoft's Windows Phone 8.

"Imagine having access to the Google Play Store and being able to install any Android app with peace of mind on your security. Would you want this capability?", asks N4bb.