The notification was generated by Google Play services, specifically the "Nearby" functionality that "helps you find and interact with services and devices close to you".

Google has hinted it might be rebranding Android Wear — the operating system (OS) that is designed for smartwatches and other wearables — to simply "Wear OS". 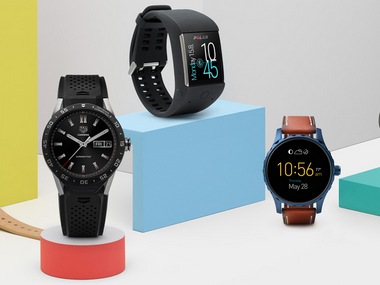 According to tech website 9to5mac, this new name was first spotted by a Reddit user who received a pairing notification that features the new name and Google Assistant-like logo.

The notification was generated by Google Play services, specifically the "Nearby" functionality that "helps you find and interact with services and devices close to you".

Developers exploring the latest Android P Developer Preview have also noticed that the usual watch-like logo has been replaced with a distinctive "W" and the announcement suggestively could happen by the time Android P is released — if not by the Google I/O conference in May.

Market research firm International Data Corporation (IDC) estimated that Android Wear was virtually non-existent among the top five wearable manufacturers in the fourth quarter of 2017 — even Chinese electronics company Huawei got to fifth place primarily through its fitness trackers — not its Android wristwear.

Last week, Google released the first developer preview of its next version of the operating system "Android P" which the company said was mostly focused on the changes that will affect developers and might not have significant user interface (UI) adjustments.