In the current UI, it takes extra steps to navigate and enable the Night Sight feature in the camera.

The Night Sight feature on Google Pixel smartphones is being moved to the main UI of the Google Camera. Currently, Pixel users have to navigate to the 'More' button and then enable Night Sight to access the feature. According to a report by 9to5Google, version 6.3 of the Google Camera app that comes with the Android Q build has this change. For now, Google Camera’s version is 6.2 that’s available on the Play Store. It’s slightly tedious to get to the Night Sight menu, something that users could be frequently using. In the updated UI, ‘Night Sight’ appears to the left of ‘Portrait’, ‘Camera’ and ‘Video’ which means that it replaces ‘Panorama’.

Some additional changes have also been introduced to the camera app. Now, white balance or colour temperature adjustments aren’t available anymore. The Google Lens icon has been replaced with the new one whereas ‘Flash’ has been renamed to ‘Illumination’ in the Portrait mode when using the front-facing camera. 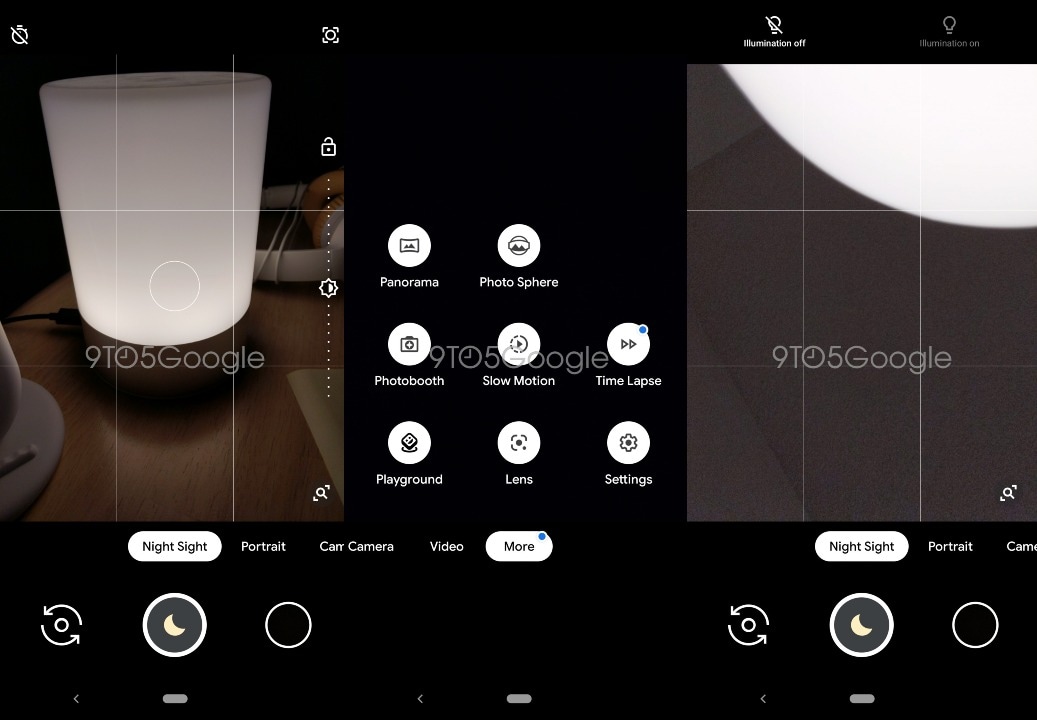 There’s no word whether this feature will be coming with Android Q or as an update to the Google Camera app from the Play Store. 9to5Google confirmed that the feature successfully runs on Android 9 Pie.