Google is also expected to launch an entirely new device in the form of ‘Ultra Pixel’. There is not much know about the device at the time of writing.

The launch of upcoming Google Pixel 2 and Pixel 2 XL is just around the corner. Both the smartphone devices are among the most anticipated smartphones of 2017. As the date approaches, a number of leaks and rumours have started to make their way onto the internet. In the latest round of leaks, a new report by Android Authority has posted the specifications for Pixel 2 and Pixel 2 XL. 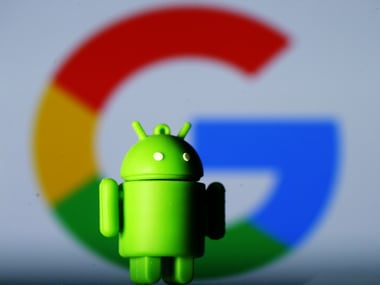 Google Pixel 2 will sport an FHD display panel with Gorilla Glass 5 protection. The device will be powered by Qualcomm Snapdragon 835 along with 64 and 128 GB storage options. The company has also added an IP67 rating to confirm that the upcoming device will be dust and water resistant. The device will come with a 2,700 mAh battery. The report also pointed out that Pixel 2 is likely to come with ‘dual stereo speakers’ on the front of the device. This was confirmed by leaked pictures of screen protectors for Pixel 2 by Slash Leaks.

Pixel XL 2 will come sport a QHD curved display panel with Gorilla Glass 5 and Wide Color Gamut support. Talking about the display, the device will come with 80-85 percent screen-to-body ratio, hinting at thin bezels similar to the one in Samsung Galaxy 8 or Galaxy Note 8. Similar to Pixel 2, Pixel 2 XL will also come with Qualcomm Snapdragon 835 with 64 and 128 GB internal storage variants. The device will come with an IP67 rating and 3,520 mAh battery. Both devices will come with Active Edge, a feature similar to the one seen in HTC U11. The report confirmed that they will come without 3.5-mm headphone jack. Google has also added E-SIM slot which allows different telecom operators to connect to the smartphone without the need of replacing SIM cards. Both will run Android Oreo 8.0 out of the box.

The interesting thing here is that Google is expected to put OIS in both the back as well as front camera modules. The report states that the company is not adding the dual camera setup in Pixel 2 XL, unlike its competition. One thing to note here is that Android Authority report states that potential users who decide to purchase both Pixel 2 or Pixel 2 will get ‘Unlimited Google Cloud storage’ till 2023.

Google is also expected to launch an entirely new device in the form of ‘Ultra Pixel’. There is not much know about the device at the time of writing. The device was spotted in leaked slides from a presentation that Google is working on for the upcoming launch event. According to a report by Android Police, Youtuber Arun Maini received a number of images and videos from an unnamed source. It is likely that Google can add all the cool features like the Dual camera and a new type of fingerprint sensor as stated in the report.