Google Pixel 2 and Pixel 2 XL review roundup: It's all in the camera, but let's wait for the iPhone X

Everyone loves the Google Pixel 2's camera despite its spotty Portrait mode, but the Apple iPhone X could do better.

On 4 October, Google announced a barrage of products at its hardware event. While there were new connected speakers, headphones and plenty more to ogle at, the new Pixel 2 phones were the ones that stood out. As clarified to The Verge, both the Pixel 2 and the Pixel 2 XL are not meant to break any sales figures. Google could be looking at sales and market share a few years from now, but at the moment, it is indeed all about the vanilla Android experience. With that said, do the new Pixel smartphones deliver?

To The Verge's Dieter Bohn, both Pixel smartphones were "Plainly Great". While the designs were simple, Google has worked on the finer details, and given each smartphone a slightly different finish, making each one unique. Bohn did note that the pOLED display on the Pixel 2 XL was a bit too dull even in comparison to its smaller sibling, the Pixel 2.

The camera however, stole the show. "But the technical details are less important than how Google approaches photography: it is treating photography like a data problem instead of just a light problem." said Bohn. With that, The Verge concluded that the Pixel 2 could easily be a contender for the best phone camera this year, considering its smarts. But despite all the machine learning and AI that goes into it, it still cannot consistently tell what to blur, meaning there are a few misses. It's all in that camera!

TechCrunch's Brian Heater was of the opinion that Google has aped Apple to an extent, especially when it came to audio. The company skipped on the headphone jack this year, when just last year it was taking friendly jabs at Apple for doing the same thing. You now have the option of either using a dongle (included) or a nice pair of Bluetooth headsets like Google's own Pixel Buds.

Despite the added Bluetooth audio formats that are supported in Android Oreo, and the 'Fast Pair' pairing feature, Heater said that, "The feature isn’t quite as well-integrated as Apple’s AirPod connectivity yet, but it has some marked advantages. " These would be the its ability to work with select third-party manufacturers, which is a lot better than "Apple's walled ecosystem." He did however term the Active Edge, Squeeze for Assistant feature as a "silly gimmick". 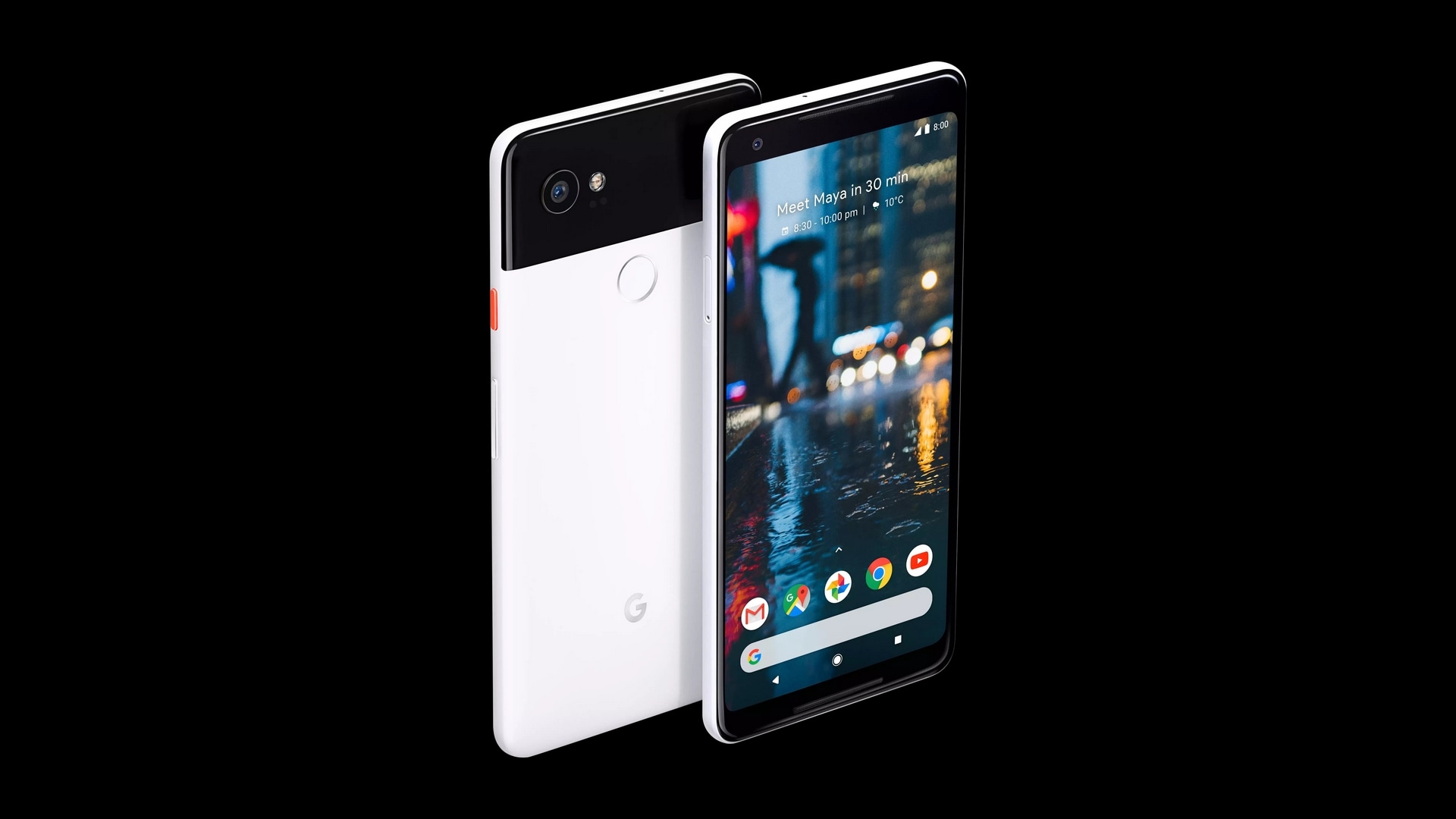 Ars Technica's Ron Amadeo praised Google's use of an MMF2 eSIM among other things. It indeed makes the Pixel 2 smartphones the first to use one. "A person can theoretically sign up to an eSIM carrier instantly without having to run out to a shop for the right piece of pre-provisioned plastic. Second, you get more storage: a SIM card with a single profile usually holds 64 KB or 128 KB of memory, but the eSIM standard requires the chip hold at least 512KB, enough to hold multiple accounts."

The last time around, David Pierce from Wired called the original Pixel the best phone on the planet. However, this time he wasn't so sure, and that's all because of the Apple iPhone X. Pierce did end up saying that "There's no better Android phone, anywhere, than the Pixel 2." The Google Pixel 2 in white, black and blue. Image: Twitter/@evleaks

CNET's Lynn La praised the camera of the Google Pixel, but was not OK with the phone's battery, which fell short of competitors. The same can be said about its design, the lack of wireless charging and the missing headphone jack. So while the software was a plus point, the Pixel 2 siblings can be skipped if buyers were looking for better design.

While both Pixel smartphones will be up for pre-order starting 26 October, the Pixel 2 will go on sale from 1 November with the bigger Pixel 2 XL hitting virtual and physical store shelves from 15 November.