Google Pixel 2 and Pixel 2 XL: Here's how they stack up against premium flagship smartphones

Google's emphasis on AI and ML seem to be the main features of the Pixel 2 and Pixel 2 XL, but will the consumer even notice this in the photos and videos?

At the Made by Google event held in San Francisco, the brand had plenty to show with about eight new hardware products launched. Among the connected speakers, laptops and VR headsets, Google also announced the all-important successor to the Pixel smartphone called the Pixel 2. 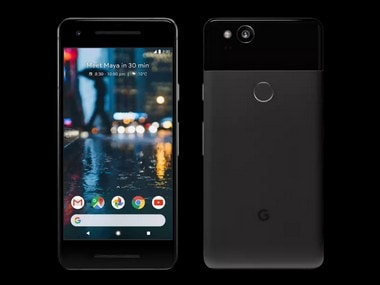 The Google Pixel 2 in Black

Just like last year, the Pixel 2 arrives in two models, the standard Pixel 2 and the bigger Pixel 2 XL. Since plenty had already leaked out (including accurate press renders) through various sources in the past, the new designs were barely a surprise. But as with every Google-made smartphone in the past, hardware counts for just half of the experience, because with Google, software is king.

Google has included machine learning in almost every single app, feature and product it launched at the event. On the smartphone, Google's machine learning efforts are visible from the camera which uses a single camera sensor (instead of a dual camera system) to deliver a portrait mode with an enhanced depth of field. The same is also used to deliver a similar level of software trickery using the front-facing camera. Indeed Google is taking its software skills to the maximum with its smartphone, but how do the hardware specifications compare to the current crop of Android and iOS flagships available in the Indian market? Let's find out.

It's easy to point out from the above hardware comparison that Google's new Pixel 2 and Pixel 2 XL will bring you great hardware along with the latest software updates. The only other smartphone that comes close on the software front is the Sony Xperia XZ1 that also packs in Android 8.0 Oreo, but it too comes with a few customisations. The Google Pixel 2XL alongside the Pixelbook.

Google's emphasis on AI and machine learning seem to be the main features of the Pixel 2 and Pixel 2 XL, but will the consumer even notice this in the photos and videos? Or will they just ignore Google's new smartphones in comparison to Samsung's shiny and curvy Galaxy S8, or give in to the allure of the iPhone X? For now, Google's new Pixel smartphones should appeal to previous Pixel owners and Nexus upgraders who have been waiting for something new to arrive from Google. But wait until our full review is out before you think of taking the leap as Google's new offerings don't come cheap and the pricing is on par with Apple's iPhones this year.