Google Photos can now recognise your pets. You no longer need to type in 'dog' or 'cat' in your Photos search box to search for photos of your pets

Google Photos is one versatile application, provided it has the right permissions from you. It's facial recognition feature has been there since launch, letting your sort out your family and friends with ease. In its latest update, Google Photos has extended this facility to your furry friends as well. 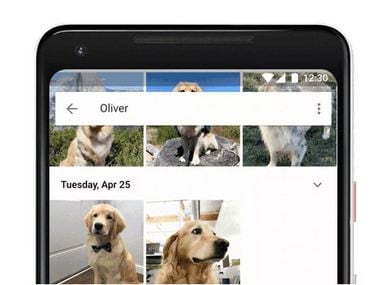 Yes, Google Photos can now recognise your pets. You no longer need to type in 'dog' or 'cat' in your Photos search box to pull up photos of your pet dog or cat. You can simply label them by name now and all the photos with the said pet will be grouped under the name. Just like you do with humans.

In a pun-heavy update on its blog, Google says, "In addition to now grouping your pets, Google Photos fur-tunately already has a few other features to help you honor your paw-some pet. You can search by breed to see photos of your Poodle or Maine Coon or search by emoji to see all those

Once you have labelled your pet, Photo Assistant gets to work and will most likely have made a movie starring your pet as well. Google has even added pet-inspired songs to which you can set your photo-story with your pet to.

Identifying pets from the same breed could be an issue though. So if you have two Labradors, then Photos may group them under one name only. According to Buzzfeed, a Google spokesperson has said that if you have a number of pets of the same breed then you will need to help the Photos app with identifying who's who. The new feature in Photos also shows you pictures of you and your pet, after you label your pet.

The update is already rolling out in multiple countries on both Android and iOS. If you have a pet who you want to give a pride of place in the Google Photos album, try out the feature.