The Google Pay app provides a convenient and simplified interface that lets you store your credit card, debit cards, loyalty programs, offers and even gift cards.

After showing off the service and its wide feature set in January, Google today announced the launch of the app for its Google Pay platform, which is a unified payments service. 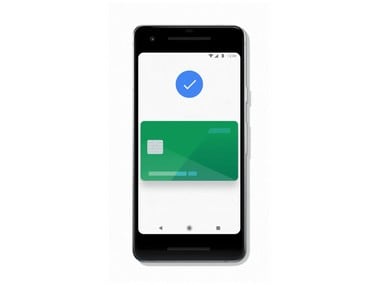 Google Pay will combine the features of the existing Google Wallet and Android Pay features and is currently rolling out only to a few countries like the US and the UK.

The app provides a convenient and simplified interface that lets you store your credit cards, debit cards, loyalty programs, offers and even gift cards. In short, if you are hooked up to the Android system, this is your one stop shop for all your shopping and payment requirements.

Google in its blog also confirmed that it is working with partners online and in stores. By doing this, Google Pay users will see better support both in apps, on websites and even places around the globe at POS machines. For example, Google Pay can be used for transit in cities like Kiev, London and Portland, which reduces the need to purchase a physical pass or a ticket.

The Home tab gives you access to all the information you need when you are shopping or making a transaction. This would include recent purchases, searching for nearby stores and even easier access to rewards, including helpful tips. 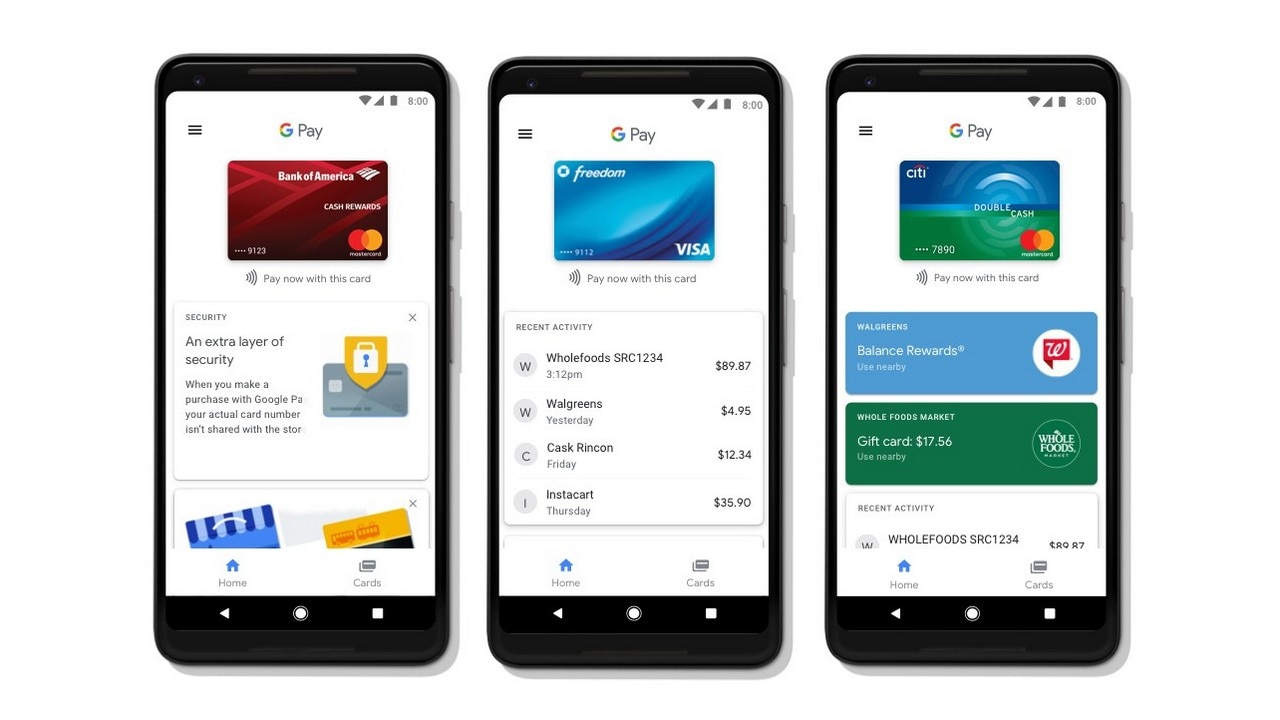 The Cards tab deals with all your cards and transactions. It's the space you open when you are at a checkout, because it has all your past transactions and card details organised and ready. Google says that it also supports, loyalty programs, offers and gift cards, but these would be dependent on if your favourite retail store (online or offline) supports Google Pay to begin with as it need to be integrated in their respective systems inorder to function.

As with all payment systems and platforms, Google claims that Google Pay is secure (who wouldn't) and that it offers strong security protections that safeguard both your account and personal data from security threats. This is a must because once you're in, all of your credit card, debits cards and banking account details will be available in one single place.

Google also confirmed in its blog that Google Pay does not share your actual card number when you pay in stores so apart from your bank's protection protocols, Google indeed does have it own safeguards in place.

While Android Pay has been absorbed into the new app, Google says that the Google Wallet app has now been rebranded as Google Pay Send and it comes with an updated interface to match the Google Pay brand.

In its detailed blog post, Google also stated that users in the US and UK will soon be able to use Google Pay to send and request money in a few months.

As for compatibility, Google confirmed in a tweet, that Google Pay will not work on devices that are rooted, have an unlocked bootloader or are running a custom ROM. Obviously, these are the security requirements that need to be in place before hopping on board.

Google recently launched its Pay with Google service, that makes it easier to checkout at websites online. Google Pay, Pay with Google and the rebranded Google Pay Send are currently unavailable in India. Google instead offer Google Tez as a payments option, that seems to be better suited to the payments scene in India.