Google’s Nest Audio will not replace your audiophile-grade speakers, but is the Google Home upgrade we have been waiting for.

It’s been a good four years since Google launched its ‘Home’ smart speaker, and there’s been few offerings in India after that. There’s the Google Home Mini followed by the Nest Mini, the Nest Hub and now, the Nest Audio. In short, Google has not been updating its speakers year after year, like Amazon has with its Echo range. So, even if the Nest Audio seems like a new product, it’s basically the Google Home replacement that many in India were waiting for. And after spending some quality time with it, I’m happy to conclude that it’s a good one! It fits right in

Setting up the Nest Audio is simple, and this is good for first-time buyers who want to try out a smart speaker. You just have to install the Google Home app on your smartphone, power up the speaker and you will be up and running a few minutes. Connecting IoT devices to it is also quite simple, and can be quickly set up using the Home app. Setting up the Nest Audio is simple, and this is good for first-time buyers who want to try out a smart speaker. Image: Tech2/Sheldon Pinto

The Nest Audio will pretty-much disappear in your house, whether it’s your living room or your bedroom, thanks to its subtle design. It looks like a tiny pillow, standing up all by itself, with the mesh fabric all around, except for the bottom. It does not resemble a speaker; there’s no branding on it and it does not have the typical cylindrical or boxy shape that we have gotten used to over the years. 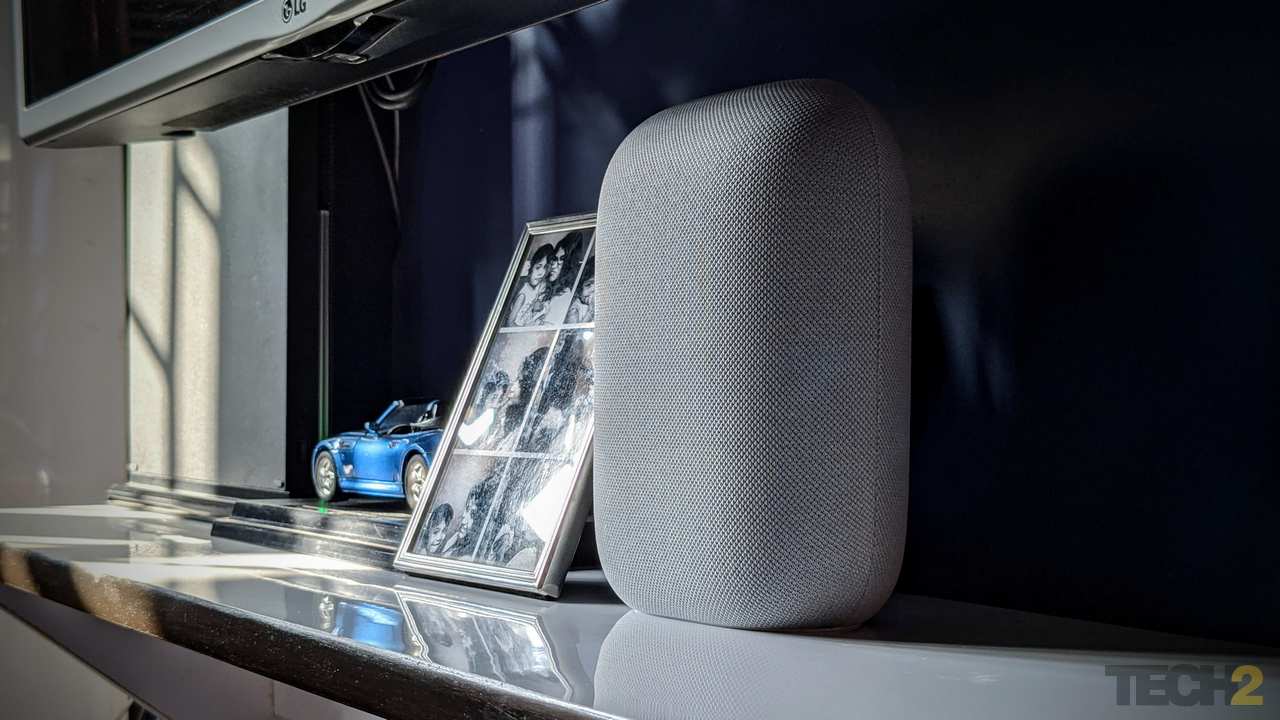 It looks like a tiny pillow, standing up all by itself, with the mesh fabric all around, except for the bottom. Image: Tech2/Sheldon Pinto

It’s as big as a regular desk photo frame, and just an inch taller than the older Google Home. What I also liked about the design is how slim it is for a speaker that focuses on delivering good sound.

There’s just one switch at the back for silencing the mics when you don’t want Google to listen. And if you are worried about privacy you can simply tell Google to delete your history by saying, “Ok Google, delete what I just said”. Obviously, you would not want to do this every time, so you can also delete your data in the ‘My Activity’ page after logging into your Google account online.

The touch controls are hidden under the top-front edge of the speaker, and respond to taps accurately. It’s divided into three touch zones, and these can be used for stopping the Assistant from blabbering away, pausing music and adjusting the volume. There are three mics, and they do a fantastic job of listening to and accepting voice commands, no matter how loud you have turned up the volume. Image: Tech2/Sheldon Pinto

The subtle LED indicator from the other Nest devices is also here. It comes alive after the ‘Ok Google’ prompt, and will turn orange when you flip the privacy switch.

As with Google Home, the Nest Audio can also connect to and control IoT-enabled devices, whether it’s your air purifier, your TV, lighting and others. All of that worked flawlessly when I tried it out.

More impressive were the mics. There’s three of them, and they do a fantastic job of listening to and accepting voice commands, no matter how loud you have turned up the volume.

The previous Google Home was meant to be the command center of your connected home. It did a good job at that, but was not really designed with audio quality in mind. In most cases, you would need to hook it up via Bluetooth to some quality speakers and use it as a hub more than a speaker.

With the Nest Audio, Google has focussed on the audio quality and it shows!

My bedroom has a 12-foot high ceiling and is about 270 sq feet. The Nest Audio, with its 19 mm tweeter and 75 mm woofer felt quite sufficient when it came to filling that room with sound, despite its front-firing layout. But I had to keep the volume at around 60-70 percent to get the best audio quality out of it, as anything lower did not sound as effective. In a space as large as a hall, I would recommend setting up two in stereo for the best audio quality. 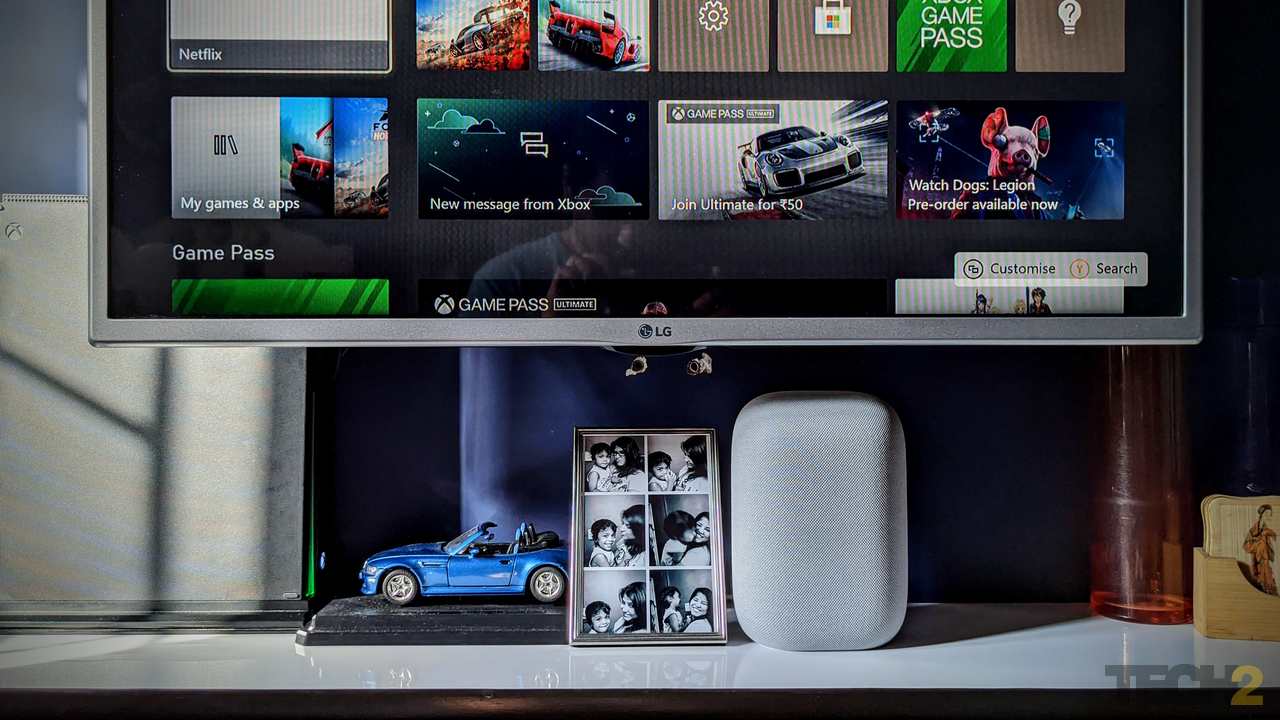 Despite not being a stereo speaker, the Nest Audio delivered impressive clarity and lets you hear every strum of the guitar if you are listening to instrumental music. Image: Tech2/Sheldon Pinto

When it comes to sound, the Nest Audio is a massive improvement over the Google Home or any speaker from its currently available range in India. It sounds better than the 3rd gen Amazon Echo, so it is the best you can get in its segment at the moment. However, this could change depending on how the 4th gen Amazon Echo performs, as it too is focussed on audio quality, but goes with a top-firing speaker layout (with two tweeters) that works better as a single unit.

Despite not being a stereo speaker, the Nest Audio delivered impressive clarity and lets you hear every strum of the guitar if you are listening to instrumental music. It’s not ideal for listening to classical performances (unless you connect two in stereo) as the soundstage just isn’t there for that kind of listening. However, it’s perfectly fine for pretty-much everything else, as it delivers clear vocals and does not get too bass-heavy.

In short, it delivers a balanced sound that's pleasing to the ears, which is a lot better than what you get from the current batch of smart speakers in this price range.

There are a few hiccups. There were times that paused music or podcasts would randomly resume, as if someone had pressed the play button. I would recommend telling Assistant to “pause the podcast” or “stop playing the podcast”, when you're done listening before you move on to something else.

There were also other occasions where it randomly started giving out answers to questions I had not even asked. This was enough to convince me to slide the mic switch off at night, to prevent sudden scares. 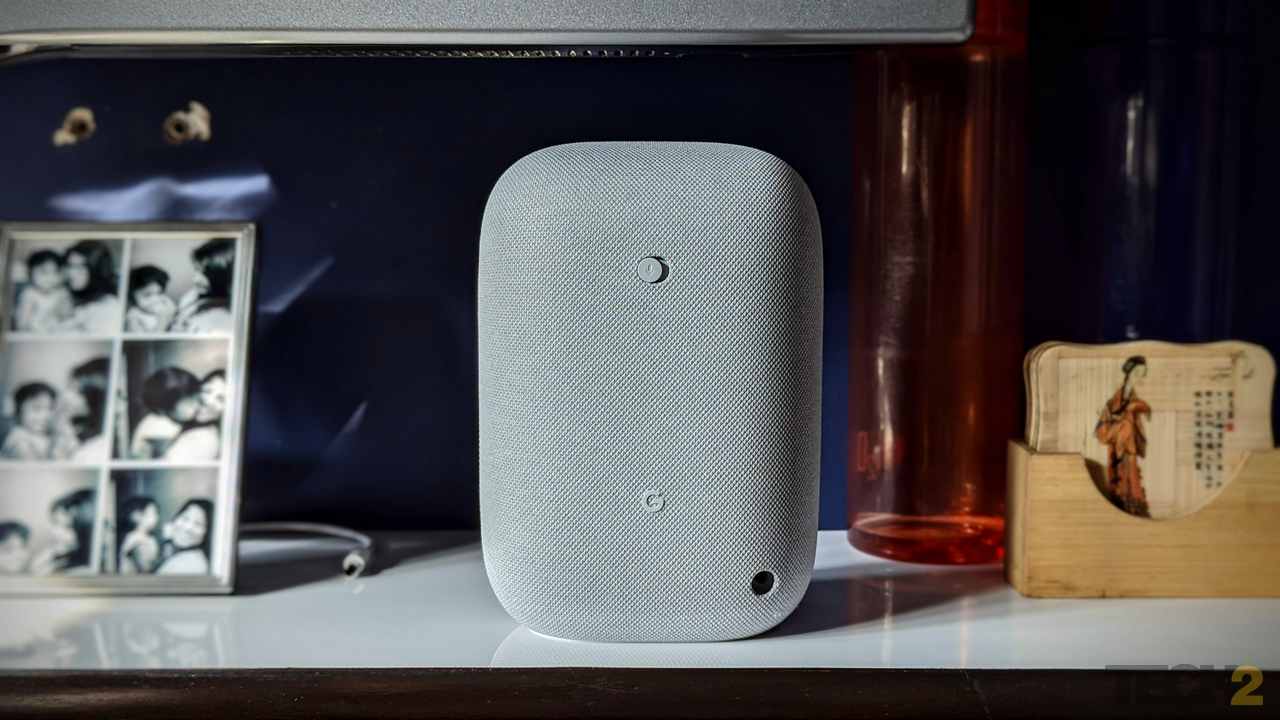 There were times that paused music or podcasts would randomly resume, as if someone had pressed the play button. Image: Tech2/Sheldon Pinto

There’s no 3.5 mm line in/out port at the back of this speaker, so you won’t be able to turn your existing dumb speaker setup smart.

Keeping in mind that this speaker was designed for listening to music, the music streaming service selection is strangely limited to a few apps including Spotify, YouTube Music and Jio Saavn. Whatever happened to the rest? Apple Music and Amazon Music users are out of luck.

Yes, you should buy one 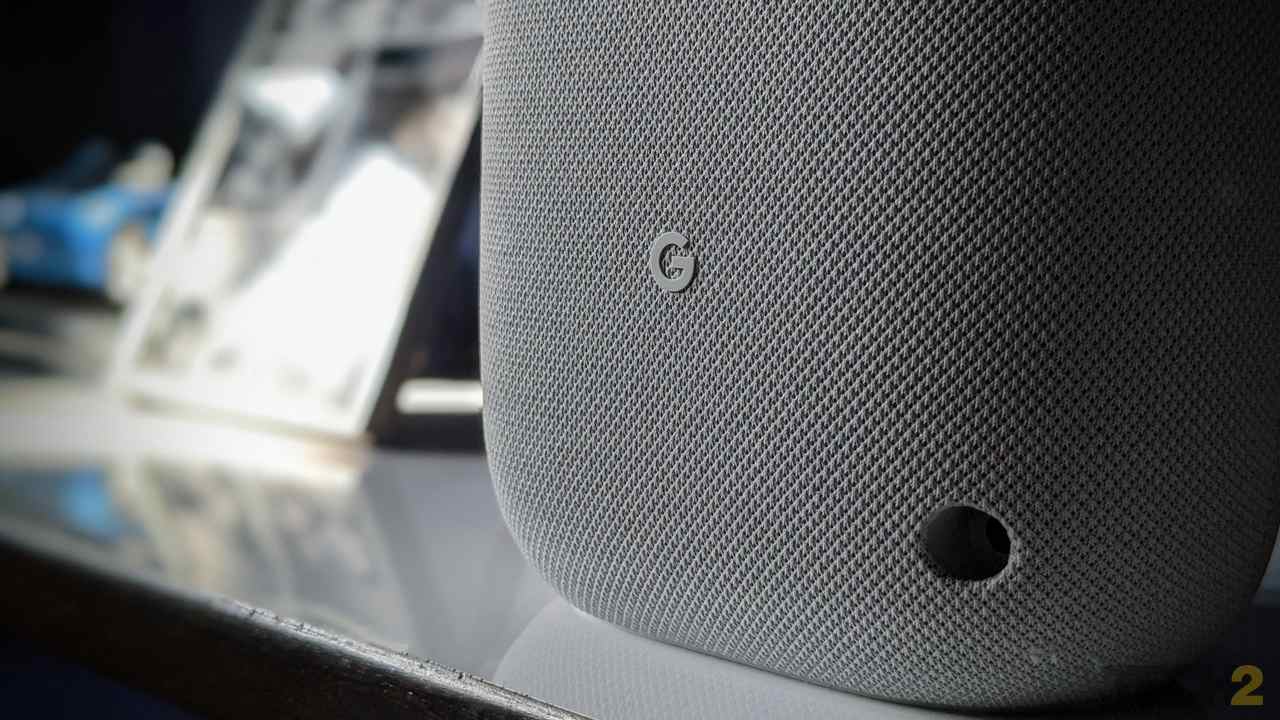 There’s no 3.5 mm line in/out port at the back of this speaker, so you won’t be able to turn your existing dumb speaker setup smart. Image: Tech2/Sheldon Pinto

Now, all of that praise in the performance section may sound impressive (and it is), but it’s still not ideal for audiophiles. For that, there’s always the Amazon Echo Studio or Apple’s HomePod smart speakers that are better equipped (at a price) for a more critical listening experience. But for everyone else (which is most of us), this is as good as it gets at 7,999.