Google launched a network of free Wi-Fi hotspots in Nigeria on Thursday, part of its effort to increase its presence in Africa’s most populous nation.

The US technology firm, owned by Alphabet Inc, has partnered with Nigerian fiber cable network provider 21st Century to provide its public Wi-Fi service, Google Station, in six places in the commercial capital Lagos, including the city’s airport. 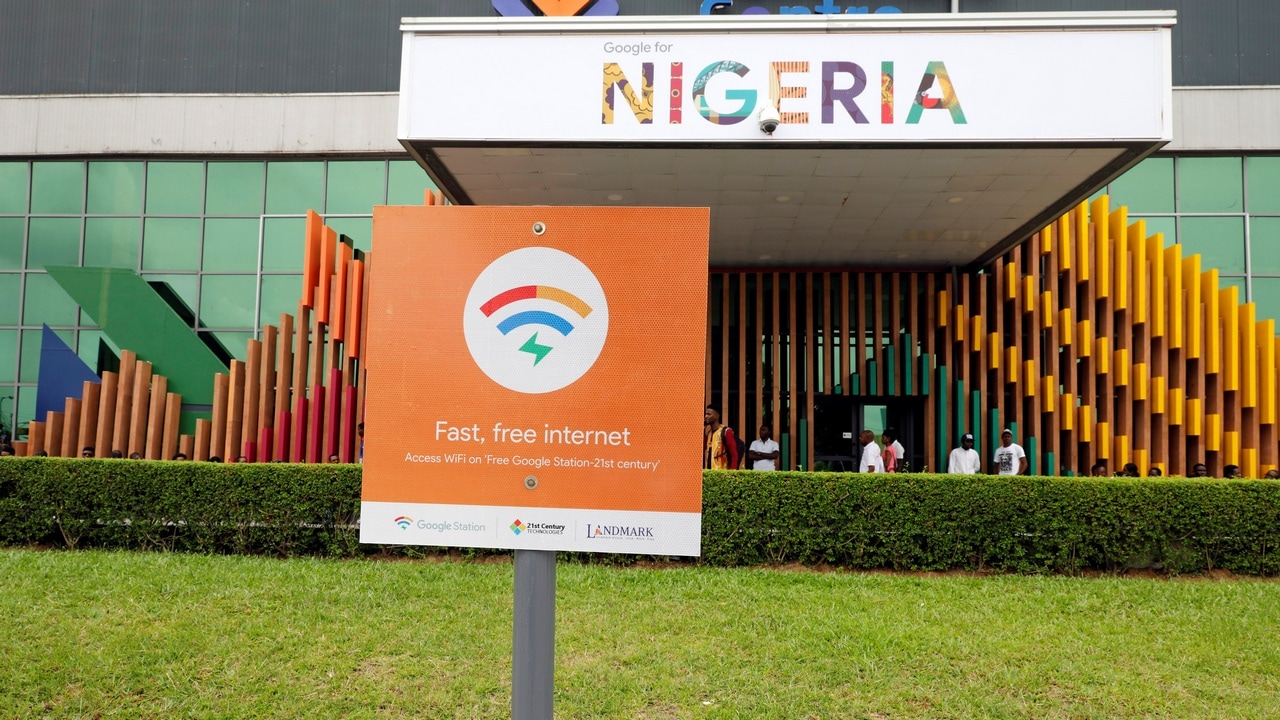 A sign is seen outside the venue of the launch of Google free wifi project in Lagos. Reuters

Internet penetration is relatively low in Nigeria. Some 25.7 percent of the population made use of the internet in 2016, according to World Bank data.

The poor internet infrastructure is a major challenge for businesses operating in the country, which is Africa’s largest oil producer. Broadband services are either unreliable or unaffordable to many of Nigeria’s 190 million inhabitants.

“We are rolling out the service in Lagos today but the plan is to quickly expand to other locations,” Anjali Joshi, Google’s vice president for product management, told Reuters in Lagos.

The company said it aimed to collaborate with internet service providers to reach millions of Nigerians in 200 public spaces across five cities by the end of 2019.

It said it would generate cash from the service in Nigeria by placing Google adverts in the login portal. Google did not disclose the amount invested in the new Nigeria service.

The technology firm said it planned to share revenues with its partners to help them maintain and deploy the Wi-Fi service but did not disclose the expected advertising revenue split.

Nigeria is the fifth country to launch Google Station. Similar services have been launched in India, Indonesia, Mexico and Thailand.

The service is aimed at countries with rapidly expanding populations. The United Nations estimates Nigeria will be the world’s third most populous nation, after China and India, by 2050.

“A lot of people who found data to be too expensive for them to use, are using it,” said Joshi. “In India, we have tens of millions of users, and close to a million in Mexico.”

Africa’s rapid population growth, falling data costs and heavy adoption of mobile phones has made it an attractive investment prospect for technology companies. But many do not disclose how profitable the continent’s markets are, or if they make the companies money at all.

Nigerian Vice President Yemi Osinbajo welcomed efforts to improve internet connectivity in a speech at a Google conference in Lagos on Thursday.

“Access to information means that the gap in equality and exclusion are bridged,” said Osinbajo who earlier this month met Google’s chief executive, Sundar Pichai, at the company’s Silicon Valley headquarters.