Google launches Files Go: Takes a mobile-first approach to freeing up space on your Android device

Google’s Files Go app will be available today for all smartphone running Android 5.0 Lollipop and higher.

At the Google for India event held in Delhi, the search giant announced yet another special app that seems to be purpose built for Indian customers. Files Go is an app that not only gets you access to all the files on your smartphone, but also lets you manage space, in case you happen to run out of storage. 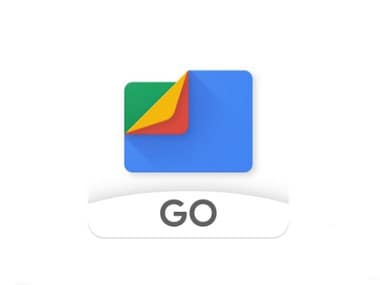 Caesar Sengupta, Vice President, Next Billion Users, Google, in a blogpost said, “Every day, millions of smartphones run out of space. While phones with 16 GB or 32 GB of storage are becoming more popular, many phones around the world have much less storage, often as low as 4 GB. Users often struggle to keep on top of the storage space on their phones and are constantly having to choose between what to keep or delete. We’ve been testing Files Go for a month, and the average user is saving 1GB of space and has shared many files with others without using data.”

Google seems to have come up with an answer and it’s called Files Go. The new app can be downloaded from the Google Play Store and will work on all Android-powered devices running Android 5.0 Lollipop and higher. The app is a file manager in disguise that lets you do more than just bringing all your files together in one app.

According to Google, Files Go lets you free up space and will even deliver personalised suggestions as to which files you should delete or even apps that are currently unused and simply taking up space on your smartphone. The app even checks into duplicate files, videos and even memes using its mobile vision technology (patented by Google). The Files Go app will even help you find files faster using smart filters that will index and organise your images, videos, apps, documents and other files automatically.

If you have a big file that’s taking up space and you desperately need to free up space for those nonsensical (but necessary) WhatsApp messages, Files Go can create a backup of the same to the cloud as well.

Sharing is another highlight of the Files Go app. It lets you transfer files to a friend’s smartphone directly without using data or even when you are offline. Additionally, Google claims that all files transfers are encrypted and the transfer speeds are as fast as 125 Mbps. And of course, those transfers are free.

Indeed Google seems to have taken a shot at plenty of third-party apps available on the Google Play Store. In a way, it does seems to be a smarter ad-free solution as it bundles multiple features from multiple types of apps and presents them in one single app that lets you view, share and transfer files securely.