Google's updates revolve around apps geared toward kids or apps that could be construed as such.

Google has decided to make a number of policy changes to the Play Store and the applications hosted in it. The changes have been largely implemented in a bid to make Android's app ecosystem just a little bit more friendly for children.

The latest policy changes essentially stand for tighter restrictions on applications that include sexual content, loot boxes, hate speech, and recreative marijuana sales. The reason why Google had to do this is to ensure that developers are aware of what is and what isn't permitted in the Play Store, especially when children are part of an app's target audience. Google is trying to make the Play Store safer for kids.

As pointed out by Android Police in a report, user-generated content on these apps is also subject to the new policies. App vendors are now prohibited from monetising features that "principally encourage" the sharing of sexual content.

Google has broadened on what is determined as hate speech

Google hasn't really changed what the company defines as hate speech, but has built a list of common hate speech violations which include the following:

Google has implemented new requirements for anyone publishing apps which are meant for kids. Developers will now have to define a target audience for their apps in the Play Console, clearly stating if their app is suitable for children, older users, or both children and older users.

If the app targets children to any degree, developers are required to follow the new 'Families' policies. These policies also mandate that if a user of any age has access to an app, publishers must ensure that their app has a "neutral age screen" and also create a separate partitioned experience for kids, in compliance with the rules. 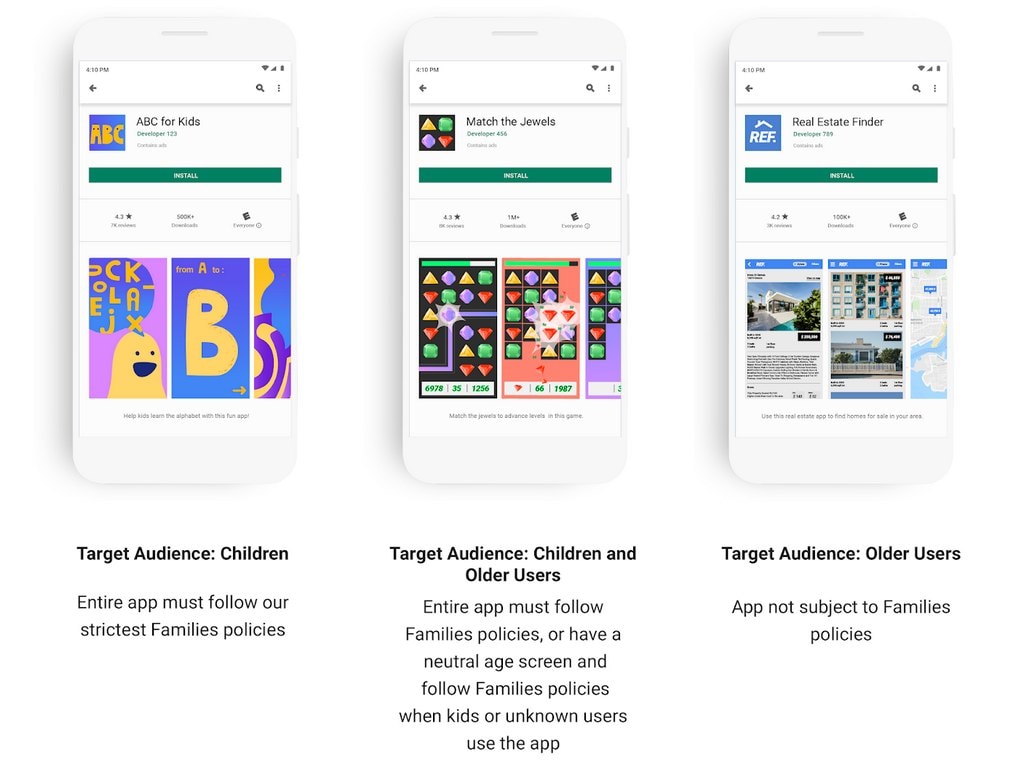 The new policies also mandate that any in-app advertising has to be specifically tailored for the audience and come from a Google Play certified ad network. If the app has an augmented reality experience, users must be cautioned to seek adult supervision.

Developers submitting new apps to the Play Store will have to adhere to these policies starting immediately while existing apps must be updated into compliance by 1 September.

Ban on apps that sell marijuana

As part of its Play Store policy changes, Google has also banned apps on its app store that facilitate the sale of marijuana or related products.

Developers only need to move their shopping cart option outside the app to comply with the new policy, a Google spokesperson told Reuters.

Google also said it is working with many of the developers to answer any technical questions and help them implement the changes without customer disruption.

Existing apps would have 30 days post-launch to comply with the policy.

Games have to disclose items offered in loot boxes

“Apps offering mechanisms to receive randomized virtual items from a (loot box) purchase must clearly disclose the odds of receiving those items in advance of purchase,” Google stated.