A panel will slide up from the bottom, whenever the user takes a screenshot of the Google app, along with a small preview with edit and sharing option

Google has started rolling out a built-in screenshot editor in its Android app after testing the feature for about 10 months. Over the months, the company has tweaked the functionality of the app. The rollout has started for users with version 7.21 of the Google app. This feature will be available for all the screenshots taken when the user is in the Google feed and Google search.

According to a report by 9to5Google, users who are interested in getting this feature need to download version 7.21 of the app, which is in beta at the time of writing. After downloading the new version, they need to enable the ‘Edit and share screenshots’ option in the Accounts and Privacy section.

Once the item is enabled, a panel will slide up from the bottom, whenever the user takes a screenshot of the Google app, along with a small preview with edit and sharing option. The screenshot is taken in the background as these options appear in the foreground and users can dismiss the options to edit and share by swiping away or scrolling on the feed to the search results. 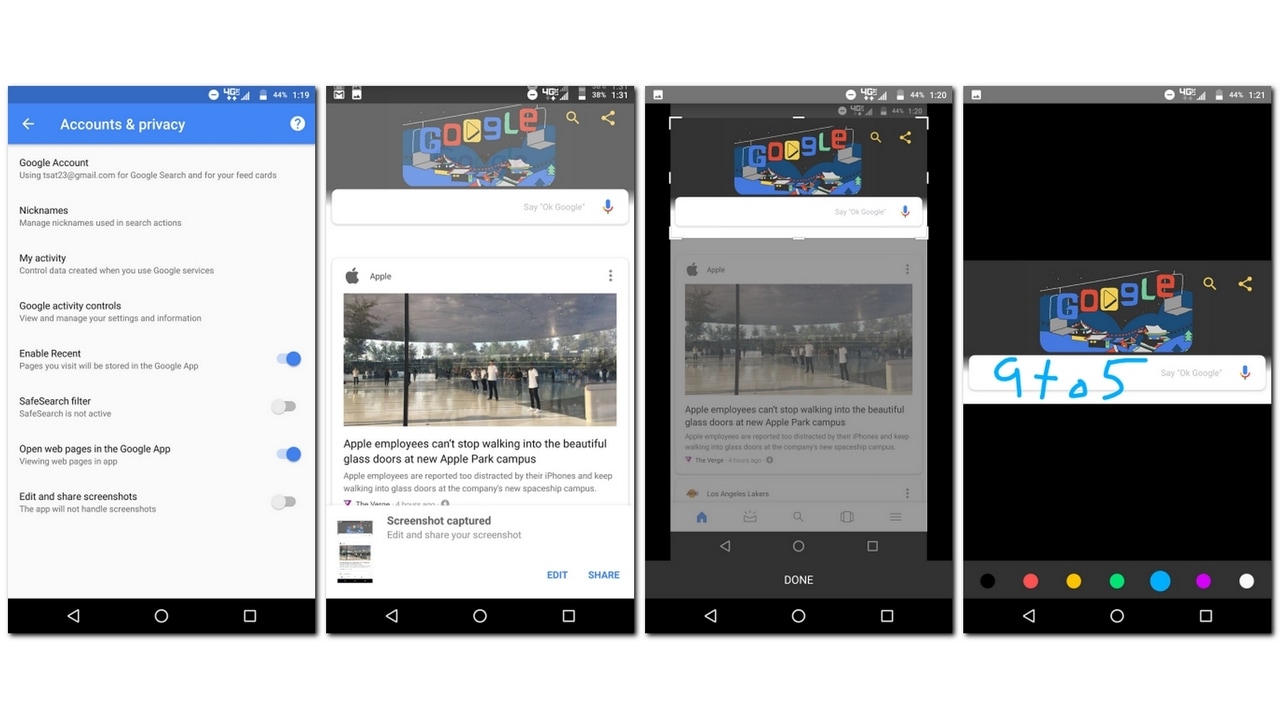 If the user taps on the edit option, a basic editor pops with the option to crop as well as to doodle. Users can also draw, highlight or block out items in the screenshot with the doodle option and ticking the check mark will save the image to the screenshots folder while opening the share option.