Google I/O 2019: Google presents its plan to safeguard privacy in an AI-first future

Google doesn’t want you to compromise on privacy as it moves to an AI-driven future with its offerings.

With several security blunders and controversies in the past year, people are today more cognizant of their digital privacy than ever. Tech companies which previously were running with lax policies bore the heaviest brunt and reoriented themselves to no longer treat user privacy as an afterthought.

Google is no different and its shift towards offering users a more comfortable and safer ecosystem has never been more apparent than at this year’s I/O. At its annual developer conference 2019, the company unveiled its privacy-focused vision of the AI-first future. A future where it plans to continue being at the forefront of the machine learning race without forcing you to choose between privacy and smarter tools.

“This morning, we will introduce you to many products. Built on the foundation of user trust and privacy.”, said Google’s CEO, Sundar Pichai kicking off the keynote. 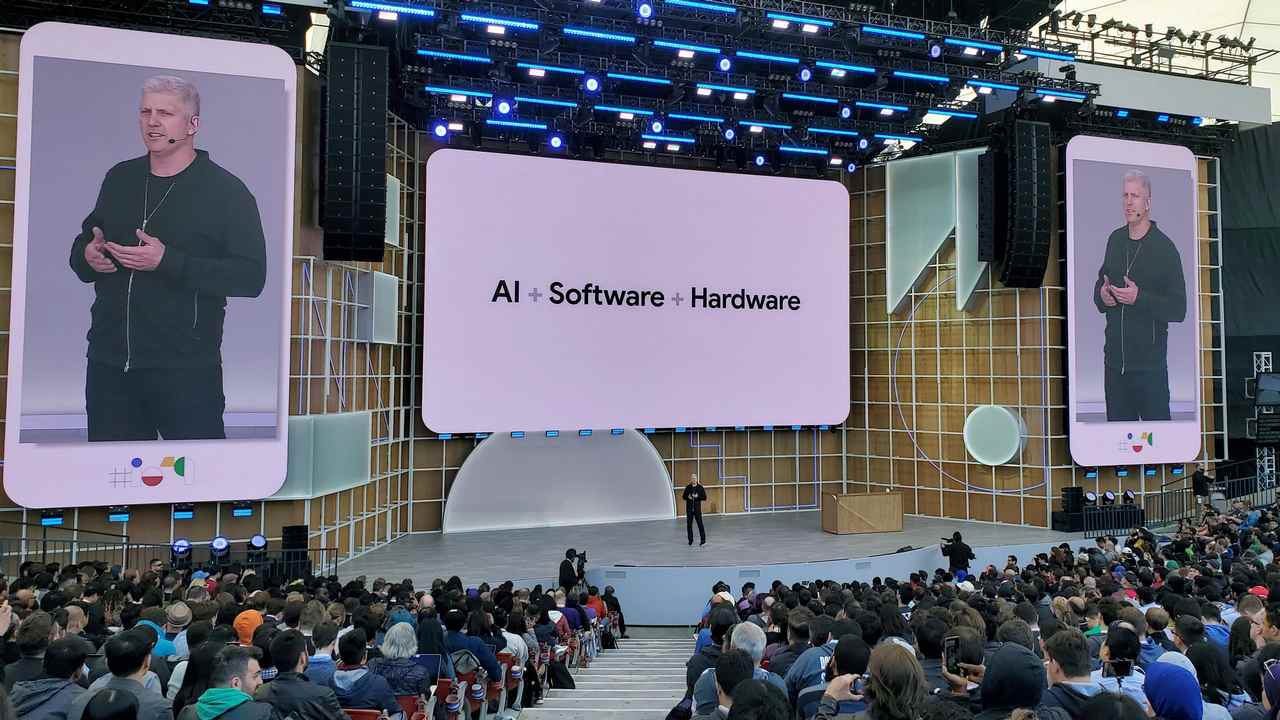 The theme remained consistent throughout the conference as various Google executives took the stage and previewed a host of new, forthcoming updates. But unlike before, there was one fundamental difference in how these demos were laid out. Instead of simply highlighting their latest advancements, this year the teams also extensively demonstrated their security backbones.

Announcements featuring products that relied on the user trusting Google with their information were backed up by assurances and demos of how they’re designed keeping your privacy in mind.

For instance, one of the more exciting walkthroughs Google showed was of Live Relay, a new accessibility feature that allows users who can’t speak to take calls through the Google Assistant. It was quickly followed by the speaker underscoring the fact that these conversations remain private to you and are processed on the device.

The same layout was employed for a wide range of other launches.

The company’s new home product, Nest Hub Max lets users video chat on Google Duo with the in-built camera. Post that demo, Rick Osterloh, the head of Google’s hardware division, revealed that there’s also a physical switch on the back through which owners can instantly electrically turn off the camera and mic. In fact, one of the objectives of Google’s revamped category for the smart home is that the device should “respect your privacy”.

“All innovation must happen within the frame of security and privacy”

Android, of course, wasn’t left out either. Its director, Stephanie Saad Cuthbertson began by pointing out Android Q’s central theme is Security and Privacy. “On device machine learning powers everything from incredible breakthroughs like Live Caption to helpful everyday features like smart reply and it does this with no user input ever leaving the phone all of which protects user privacy”, she added.

With a focus on innovation, security and privacy, and digital wellbeing, here's more on the latest features coming to #AndroidQ → https://t.co/uM6JS30sGd #io19 pic.twitter.com/qhNfYObVak

Apart from the promises, privacy features indeed dominated the keynote. From overhauling the settings for easier access to security controls to bringing incognito mode for Maps and Search, Google covered a lot of ground. It’s also taking control of security patches for Android phones by breaking the core components down into individual models and updating them as if they were apps from the Play Store. Plus, Google Chrome will, in the future, prevent websites from abusing the cookies available in your browser.

At the heart of these developments is a concept called Federated Learning. It is what enables intelligent apps to draw conclusions without beaming your raw data to Google’s servers. The company achieved this by shrinking its AI models down to 0.5 GB from 100 GB so that they can be loaded on your phone.

With this, Google processes your data locally and only sends over the learnings from those computations. Once these learnings are employed to improve the algorithms, the ones saved on your phone are updated as well. It’s a clever approach and could finally put an end to Google’s evergreen privacy woes. It’s also not new and has brought into effect by a bunch of companies including Apple under a different alias.

“We build for everyone is by ensuring that our products are safe and private and that people have clear meaningful choices around their data we strongly believe that privacy and security are for everyone, not just a few this is why powerful privacy features and controls have always been built into Google”, stated Pichai.

In the last few years, Google’s troubles around handling users’ personal data have continued to soar at a level where it’s being constantly lampooned upon. At CES 2019, Apple put a massive billboard promoting its secure phones. During I/O itself yesterday, Google was being trolled by a plane flying over the venue with a banner that read “Google Control Is Not Privacy #savelocalnews.”

Heading in a New Direction

As tech companies gear up for a smarter future with AI-powered platforms, it nearly seemed like the privacy-innovation tradeoff was inexorable. But at this year’s I/O, Google has made it clear it doesn’t want you to compromise and has set off to prevent that from happening before it’s too late. By offering effortless methods to opt out and keeping your personal data on your phone itself, it has taken a significant step forward.

Today at #io19 we talked about our vision for building a more helpful Google for everyone: our efforts on AI, Google Search & the Assistant, Android, privacy & security, accessibility & more - of course, new devices for you to check out too:) https://t.co/UENWfmYWW9

This, of course, is just the beginning and it will be a while before these changes will roll out to everyone. It also remains to be seen how effective Federated Learning proves to be and whether it affects the unprecedented accuracy Google’s products are known for.

The author is a freelance technology journalist from Ahmedabad. He tweets from @phonesoldier