Google I/O 2013: Get ready for Babble, the unified chat service

Google's I/O conference begins this week and one of the biggest releases that we are likely to see is called Babble, a product that will unify all of Google's various messaging platforms.

Google's I/O conference begins this week and one of the biggest releases that we are likely to see is called Babble, a product that will unify all of Google's various messaging platforms, from Google Hangout, G Chat, Google Talk for Google plus, Google Voice etc.

According to Geek.com, the cross platform service is being called Babble, and it's being built fresh from the ground up to solve the problems of multiple chat options.

The post says, that with Babble, you can share photos in chat windows just like you would in G+ Messenger, start a Hangout with anyone in your contact list, and the conversations are threaded across all the existing services. Moving forward, the individual services will all be pushed onto the single platform, and you'll be able to use the same chat window across all of Google's products with the same features available everywhere. 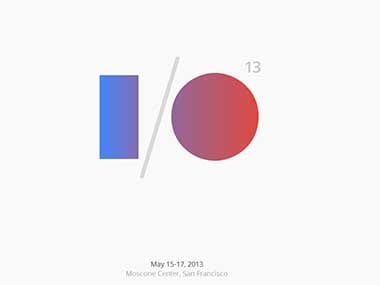 Like BlackBerry Messenger for BB10 which also has the option of Videocalling or Apple's iMessage, Google's new service would definitely offer a host of options but from one single platform, thus allowing users to receive and send messages from one app and device.

As this post in ArsTechnica notes, the combination of Google Voice and GTalk would also be particularly useful for this, as the one major lacking component in the ubiquity of GTalk as opposed to iMessage is its inability to hit up a phone number. Google Voice lets users make phone calls from their Google account.

There seems to some confusion on the name of the service. According to DroidLife, however the service is going to be called Babel and not Babble and the service will give seamless messenger experience across Android, iOS, Chrome, Google+ and Gmail. However TechRadar, says the service will be called Google Hangouts and the codename is Babel. The TechRadar report is based on some screenshot of 'Babel' which were sent to them.

The name might not be clear, but there's no doubt that a unified messaging service from Google would definitely be much used.