Oracle hailed Tuesday’s ruling, saying the opinion by the US Court of Appeals for the Federal District “upholds fundamental principles of copyright law.”

A federal appeals court has overturned a decision in a long-running legal battle over whether Google infringed on Oracle’s Java programming language to build its hugely popular mobile operating system, Android.

The Google logo is pictured atop an office building. Image: Reuters

The court said Google’s use of Java was “not fair” and sent the case back to trial to determine damages.

Oracle hailed Tuesday’s ruling, saying the opinion by the US Court of Appeals for the Federal District “upholds fundamental principles of copyright law.”

A Google spokesman said the ruling was disappointing and that it “will make apps and online services more expensive for users.” The company said it is considering its options.

The court weighed whether Google’s copying of 11,500 lines of Java code at the core of its Android operating system amounted to fair use and found it did not.

Judge Kathleen O’Malley, writing for the three judges hearing the case, rejected Google’s argument that use of the code was non-commercial; found it wasn’t “transformative” since the copied code performed exactly as Oracle intended; and that Google’s development of Android robbed Oracle of the ability to make money from its Java SE platform for mobile devices. 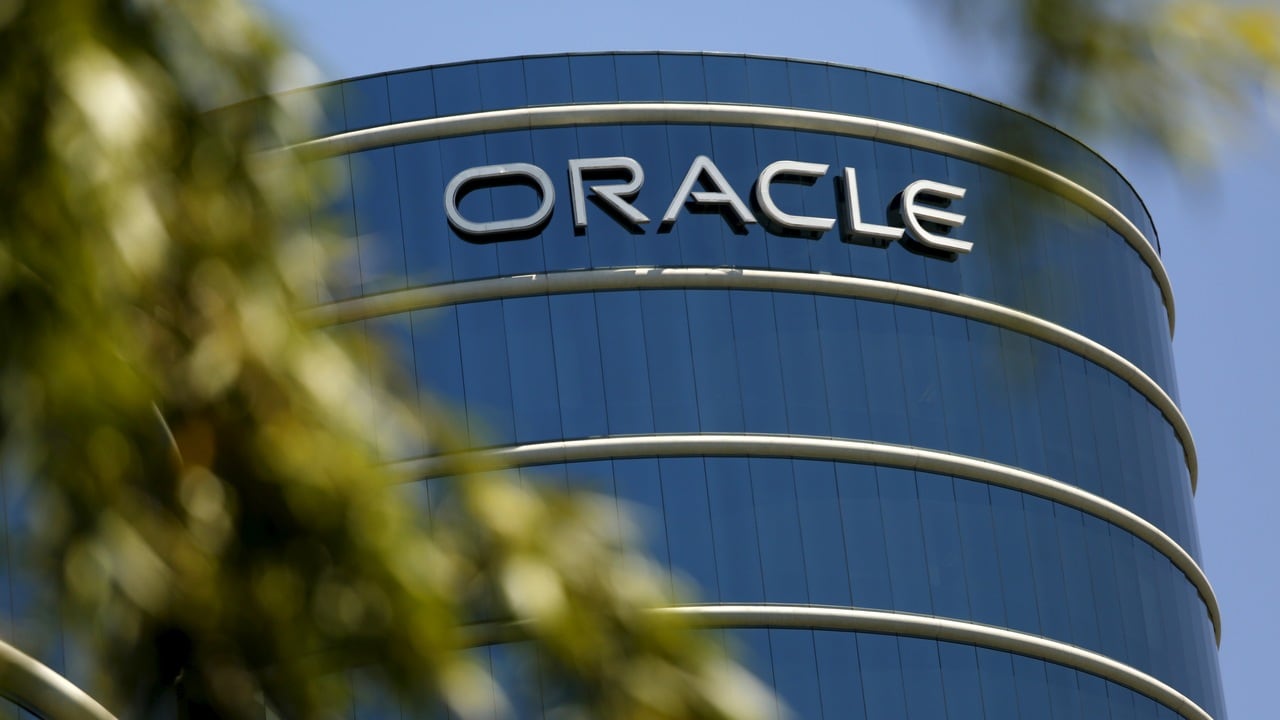 The Oracle logo is seen on its campus in Redwood City, California. Image: Reuters

In fact, Java SE had already been in phones from companies like BlackBerry and Nokia. The court said that Amazon used the fact that Android was given out free to manufacturers to negotiate a steep discount on Java SE for use in an early Kindle tablet. Amazon later switched to using a modified version of Android.

“There is nothing fair about taking a copyrighted work verbatim and using it for the same purpose and function as the original in a competing platform,” O’Malley wrote.

It’s the second time this appeals court has dealt with the case.

US District Court Judge William Alsup sided with Google in 2012, ruling that so-called “application programming interfaces” (APIs) weren’t protected by copyright. The appeals court overturned Alsup’s ruling and sent the case back for a second trial, in which a jury also found in Google’s favor in May 2016. Both companies appealed that decision.