You can now find answers to local questions in your neighbourhood. Google's Next Billion Users team announced the beta launch of a new app called Neighbourly in India.

The app has rolled out in Mumbai today, 31 May, and the company has plans of expanding to other cities in the near future. "The beta version is available today in Mumbai. If you're in a different city, join the waitlist," Google India tweeted.

Introducing Neighbourly, a new app by Google that helps you find local answers and keep up with your neighbourhood. The beta version is available today in Mumbai. If you're in a different city, join the waitlist. Get it at https://t.co/ijKus56WWd #IAmNeighbourly pic.twitter.com/bEDtn6V2bp

The app will help you answer queries like finding out which is the safest park for kids in an area or the best place to eat a particular dish or even where to find a physiotherapist in your neighbourhood.

Neighbours have the most up-to-date, relevant and accurate information about the locality and hence the app makes it easy to find answers that are trustworthy. Neighbours are also able to ensure the neighbourhood safety because you can browse, ask and answer questions without sharing any personal information. Personal details like full name and phone number are completely private.

The app is easy to use and you can ask and answer questions easily. You will first be prompted with approving a 'Neighbourly Promise' which wants to set a right tone before you start using the app. While Google India will not be monitoring the app, any inappropriate content or wrong recommendations can be flagged by users and reported, after which Google can take the relevant action. You are expected to keep a neighbourly promise, of respecting neighbours, giving helpful answers and reporting inappropriate posts. The promise sets the tone of the app. Since the app has rolled out, many users have asked a variety of questions. Asking and answering questions helps you earn points and you can become the 'Top Neighbour' in your neighbourhood. The interface is very intuitive. 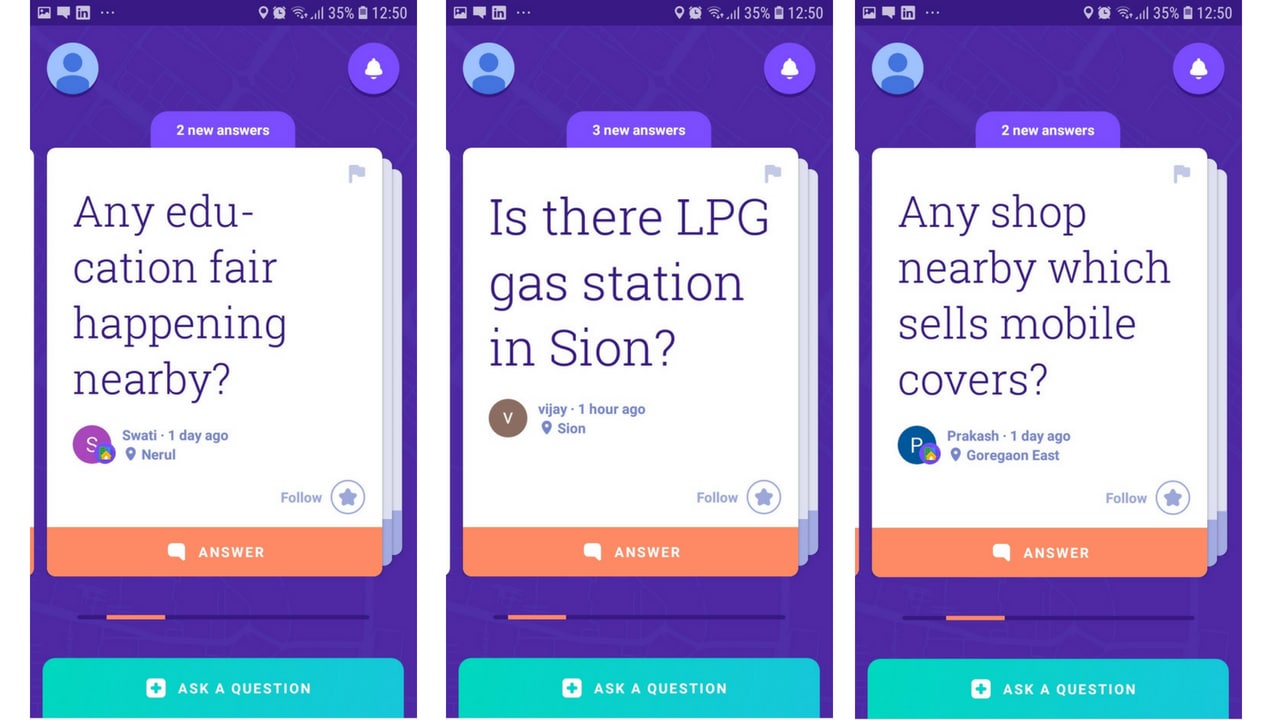 We also tried to use the app and ask questions, and the got answers just in a couple of minutes. The Neighbourly neighbourhood becomes your home. The first time you open the app, your location is recognised and then you're good to go. You will be presented with flash cards which have questions, and you can either swipe on them to move on or 'Follow' them to revisit those queries later or even check the answers by hitting on the Answer bar. Think you have a better suggestion to that momo place? Well, you can type in your own answers as well.

You can ask a question by either typing it out or using the microphone, which transcribes your question not just in English but a host of local languages as well. 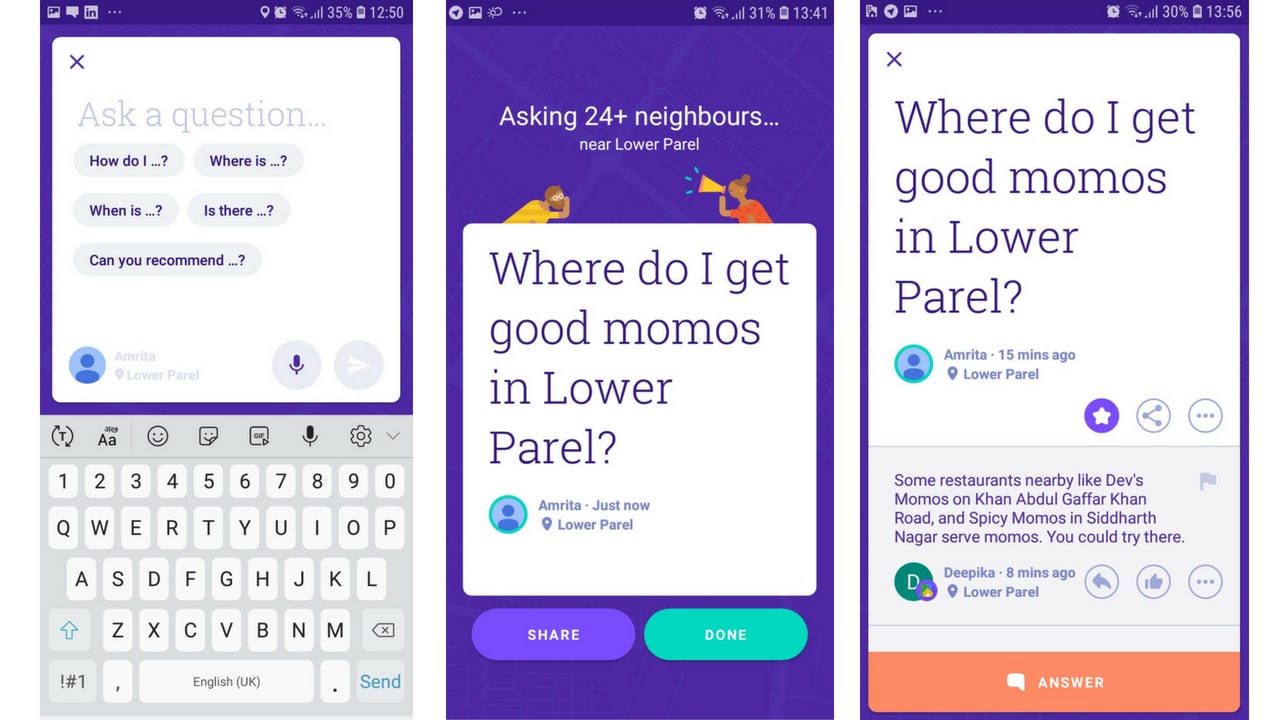 Ask questions, and have your worries answered like never before. Image: Google Neighbourly App

The app is light on the phone as it occupies less than 7 MB, and works offline. Even if you're disconnected, you can keep answering and asking questions, and they will all automatically send once you're connected back again.

To ensure user privacy, The profile photo is not extensible and not downloadable. Only the first name of the user will be visible, to keep aside any means of finding them online. And phone numbers or email ID of the users will not be shared anywhere on the app.

There is a bit of gamification on the Neighbourly app as well. Every time you ask or answer a question, you earn points, which can lead to you winning badges of honour and so on. At the moment, there is no monetary or Play Credit incentive to users on the app.

The app works on all Android phones running 4.3 (Jelly Bean) and higher. The iOS variant will be releasing soon.

Now while our momo woes are solved and we are headed to check out the places, you should definitely download the app and get your local queries answered!