Google has been granted a patent for a smart, motorised laptop lid that can automatically track a user's face

This futuristic lid will detect when a user is nearby, open up to the right orientation and unlock the device when required.

Google has been granted a patent for a smart, motorised lid for a Pixelbook-type device. This futuristic lid will detect when a user is nearby, open up to the right orientation and unlock the device when required. Better yet, the lid will also keep track of a user’s face and keep the lid always aligned to that face.

The original patent application was filed by Google in 2013, reports PatentlyMobile, and goes to great lengths to describe this smart lid.

The patent application describes several interesting features that could potentially make it into a future laptop lid. For example, the lid might be able to detect when a user is near the device or when they leave the vicinity of the device. This might happen via a wide-angle rear camera, a proximity sensor, Bluetooth sensor, etc. A user might also be able to tap a special area on the lid to authenticate and open the lid. 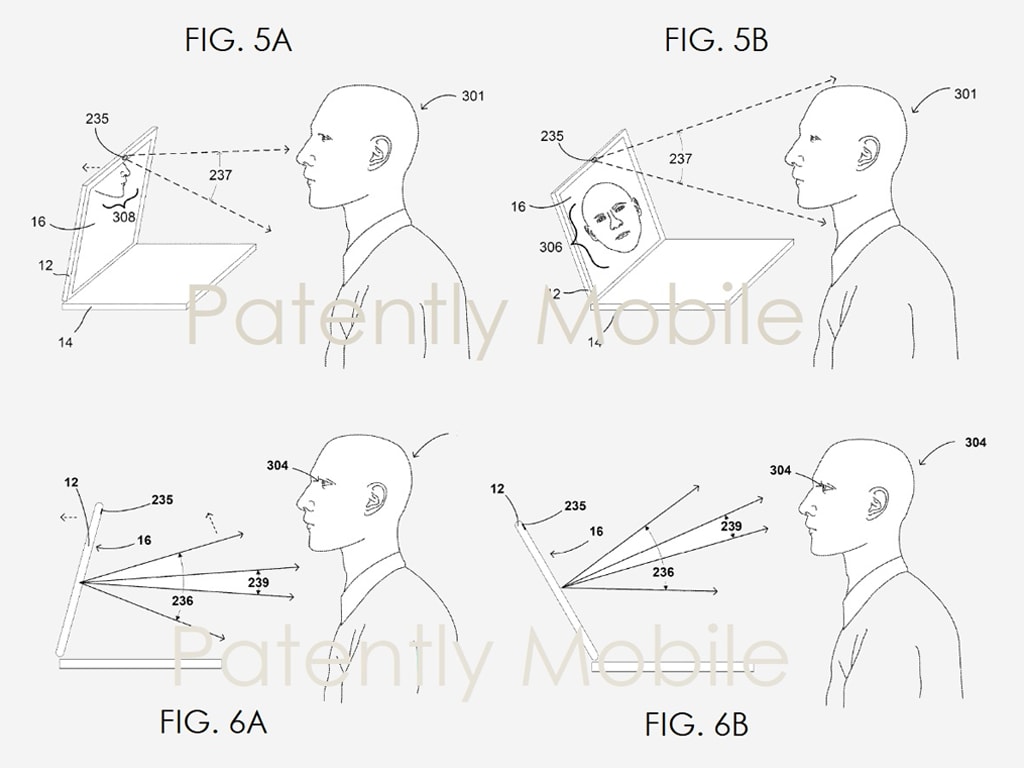 A representation of how the auto-alignment feature would work. Image: PatentlyMobile

Once open, the patent describes a process wherein the front camera on the device lid will track a user’s face and position the lid at the perfect angle. Rather than hunting for a user’s face, the device will also use object-detection to determine what it is looking at and adjust the orientation of the panel accordingly. It might, say, determine that it is looking at a user’s torso and then determine that it must open further to capture the face. In fact, the lid might also track a user’s face in real-time, adjusting orientation as needed.

The application also describes processes that might be used to recognise users, including facial, fingerprint and voice recognition, as well as unlocking via an authorised device like a smartwatch or the future equivalent of the Pixel buds.

According to PatentlyMobile, the lid can also close when it detects the absence of a user. It will also be smart enough to use various sensors including ambient and proximity sensors as well as accelerometer input to determine if the device is in an enclosed space or if a user is walking. This data can be used to intelligently lock the device and put it into a sleep state.

This is certainly a fascinating patent, but we do have to question its feasibility. The problems of motorising a hinge aside, continuously responding to changes in a user’s posture might even result in a degree of motion sickness.