Google rolled out its first Enterprise Edition of the Google Glass publicly, back in mid-2017.

Google Glass did not take off the way Google had intended, but its the first time after 2017 that we've got a whiff that the augmented reality wearable isn't really dead. At least not for Google's enterprise clients.

Having launched the very first Google Glass Enterprise Edition back in 2017, new leaks suggest that a second-generation model of Google Glass is being readied for enterprise users.

As per a report by 9To5Google, several images of the new version of Google's Glass Enterprise Edition model have surfaced, revealing a USB-C port on the back for charging and syncing data. 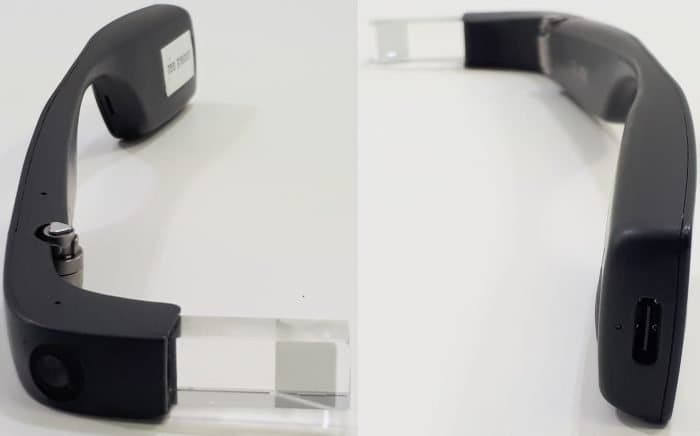 This happens to be a significant shift from the previous Google Glass models that used a magnetic pin setup for charging and data transfers. Apart from the USB-C port though, there doesn't appear to be any major external hardware changes with the new Glass. On the inside, nothing has been officially stated yet, but benchmarks suggest that the new Google Glass Enterprise Edition might feature a Qualcomm Snapdragon 710 processor, 3 GB of RAM and a 32 MP camera sensor that supports 4K video capture at 30 fps or 1080p video capture at 120 fps. The device is said to run Android Oreo and also reportedly includes support for Bluetooth 5.0, 802.11ac Wi-Fi and also has an LTE modem built-in.

The reason why we can call this a successor to the original Enterprise Edition Google Glass is its model number which reads 'A4R-GG2.' As per 9To5Google, the first EE Google Glass was modelled 'A4R-GG1', the number '1' here signifying first generation.

While all this may not be incredible news for consumers hoping for a Google Glass comeback in 2019, it does suggest that much like Microsoft's approach with the upcoming HoloLens 2, Google is turning to enterprise users to keep the Google Glass alive.