Google Doodle marks the beginning of December global festivities; reveals its concept to mark the holidays this year

Google does not reveal much about the characters but does provide a heads up to more stories revolving the penguin family being portrayed in the Doodle.

While there's a little over a week left for Christmas, Google seems to be in the mood for festivities already with today's Google Doodle. The doodle features a penguin family headed on their way to the pelican's place, in time for Christmas. 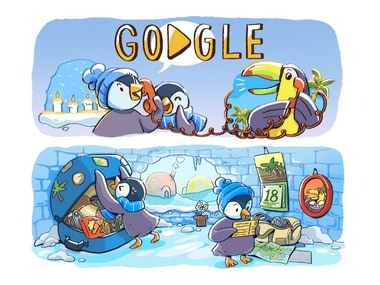 The first two images of the comic strip prepared by Google. Image: Google

The comic strip involving a series of three images begins with the first image where we are introduced to two penguins talking to a pelican over a telephone. While telephones have been replaced by smartphones for a while now, Google could have reverted to the old medium of communication here to add a kick of nostalgia to things.

The second image in the strip introduces us to the same penguins, packing their bags for a holiday. Here we see the calendar set to 18 December, reiterating the fact that Christmas and the new year is just around the corner. While it is not clear as to what role the pelican has to play until this point, we learn a little bit more about the family in the last image. The pelican happens to be a parent of the penguins and it looks like the pair are headed home for the holidays. 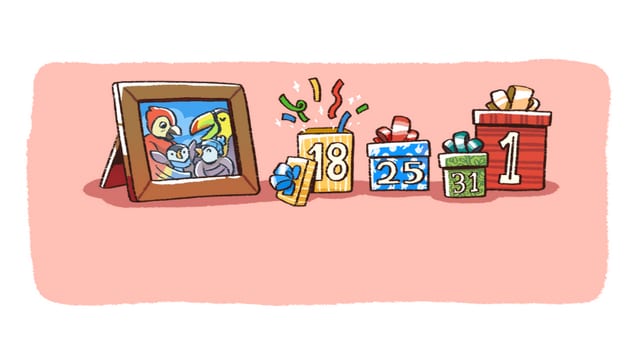 The third image of the comic strip revealing the dates for more comics based on the holidays. Image: Google

Google also lets us know when to expect more doodles revolving around the concept that it has in store with the feathered family. These dates include 25 and 31 December as well as 1 January.

Google does not reveal much about the characters on their blog but does provide a heads up to more such animated stories revolving the penguin family being portrayed in the Doodle.

"Stay tuned over the next couple of weeks to see what kind of fun this feathery family has in store," states Google.

The reach of the doodle is widespread, spanning across both the American continents, major chunks of central and southern Africa, Europe, Australia as well as south and east Asia.