Rukhmabai Raut, whose 153rd birthday was marked with a Google Doodle, was not just India's first female practising doctor, but also a pioneering feminist

She's known as India's first female practising doctor, but Rukhmabai Raut (or Rakhmabai, as her name was also spelt) was also among the country's pioneering feminists.

A Google Doodle marking what would have been Rukhmabai's 153rd birthday was issued on 22 November 2017; it depicts a sombre-faced young woman, in a simple printed cotton sari, hair parted and pulled back into a bun, while a stethoscope dangles around her neck. In the backdrop, you see a hospital set-up where nurses meet with and treat patients.

The Google Doodle is a fitting tribute to a courageous woman, and an exceptional human being. 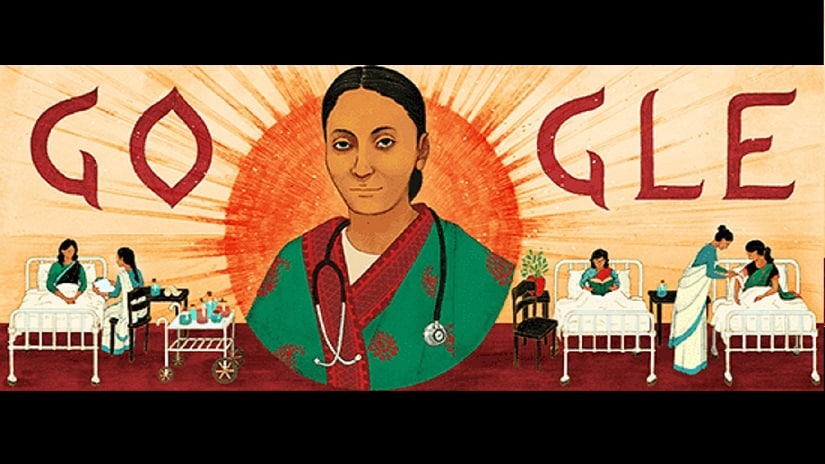 Rukhmabai was born on 22 November 1864. Her father passed away early on, and Rukhmabai was married at the age of 11 to a groom who was then 19. However, she continued to live in her maternal home according to the customs of the time. A change in Rukhmabai's fortunes came when her mother remarried: Rukhma's step-father, assistant surgeon SA More, encouraged her to study. He supported Rukhma when she refused to move into her husband's home. Rukhmabai's contention was that she had been a child when wed, she couldn't possibly be expected to have consented to the marriage.

A long-drawn out court battle ensued between Rukhmabai and her husband's family — it's labelled the first divorce case in India. At the same time, a series of articles began to appear in the newspapers, talking about the importance of women's rights. They appeared under the byline: "A Hindu Lady". One of the pieces decried the practice of child marriage, describing how it had "destroyed the happiness" of the writer's life, dooming her to seclusion, and condemning her "aspirations to rise above (her) ignorant sisters". Later, it was discovered that Rukhmabai herself was the author of these pieces.

As the legal proceedings raged on, from 1885 to 1888, Rukhmabai finally appealed to Queen Victoria for help, and the marriage was dissolved in July of 1988. Her case would influence the passage of the Age of Consent Bill a few years later, which outlawed child marriages. Rukhma, meanwhile, was ready for the next stage of her life. With encouragement from her step-father and aid from a few staunch admirers in India and overseas, she set sail for England in 1889, where she was enrolled as a student at the London School of Medicine for Women.

Returning to India in 1894, Rukhmabai worked — until her retirement in 1929 — at a hospital in Surat, followed by Rajkot. Her inspiring life was the subject of well-received book — Dr Rakhmabai: An Odyssey — by her grand-niece Mohini Varde.

A biopic on Rukhmabai, starring Tannistha Chatterjee, was made in 2016.

Fight against child marriage in Afghanistan must go on: UN