Google has also added the recipe for a caramel apple pie in the doodle blog post for those who want to try the dish on this Pi day.

Google is celebrating the 30th anniversary of the Pi Day with a Google doodle depicting an actual apple ‘Pie’. The company has created a formula with the apple ‘Pie’ that will give the result of a pi. 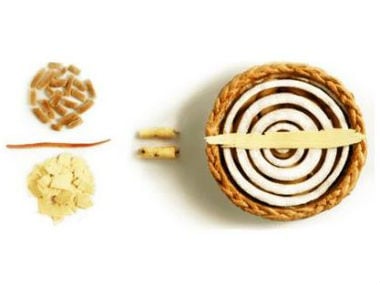 In 1988, physicist Larry Shaw first found the constant Pi which is often the most used constant in many various fields of mathematics, especially in geometry. In geometry, pie plays an important constant in finding out the area of a circle.

It is a ratio between the perimeter of the circle and diameter of the same circle. The result comes out to be 3.14 which can extend to quite a few decimal places as mathematicians say that the divisibility continues to trillions. Therefore, it is an irrational number which is less than infinity.

The doodle has been created by award-winning pastry chef, Dominique Ansel. Ansel describes the process of cooking itself as a scientific process where one has to be precise, keep in mind volume and weight in a video to celebrate the Pi day. He went on to create a  caramel apple pie which according to him, it is one of the most classic forms of apple pies, therefore symbolising the mathematical constant pi which like an apple pie remains a constant favourite among the people.

Google has also added the recipe of caramel apple pie in the Google doodle blog post for those who want to try the dish. Dubbed Pi Day, this comes right after Google recognised William Henry Perkins who had first discovered a synthetic purple coloured dye used in clothing and painting.