Going by what we can see in the Google Doodle, it does borrow elements from a number of events taking place on Day 10 at PyeongChang.

Celebrating the 11th day of the 2018 Winter Olympics in Pyeongchang, South Korea, today's Google Doodle is more of a celebration of the games in general. Google does usually pick a sport of choice every day as part of its Doodle Snow Games series but decided to settle for a generic animated strip today. 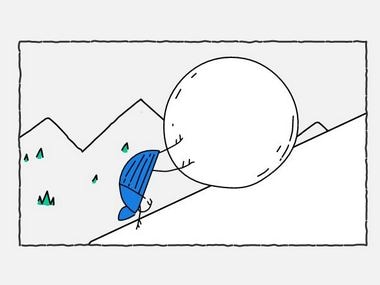 The company has not described the doodle on its blog page, but going by what we can see in the doodle, it does borrow elements from a number of events taking place on Day 10 at Pyeongchang. These include speed skating, bobsleigh, ski jumping as well as snowboarding.

In the Doodle we see an insect carry a giant snowball uphill and then starts running as it lets go of the snowball. The insect skates through the icy patch with the snowball catching up. Just as the insect approaches the finish-line, the ball finally catches up with the insect and rolls over it across the finish line.

The Google Doodle series celebrated cross-country skiing on day 10 and the spirit of ice hockey on the ninth day of the 2018 Winter Olympics.