Sundar Pichai, Google’s chief executive, will become the chief of both Google and Alphabet.

Larry Page and Sergey Brin, the Stanford graduate students who founded Google more than two decades ago, are stepping down from executive roles at Google’s parent company, Alphabet, they announced Tuesday.

Sundar Pichai, Google’s chief executive, will become the chief of both Google and Alphabet.

The move is an end of an era for Google. Page and Brin have personified the company since its founding and have been two of the technology industry’s most influential figures, on a par with the founders of Apple and Microsoft, Steve Jobs and Bill Gates. 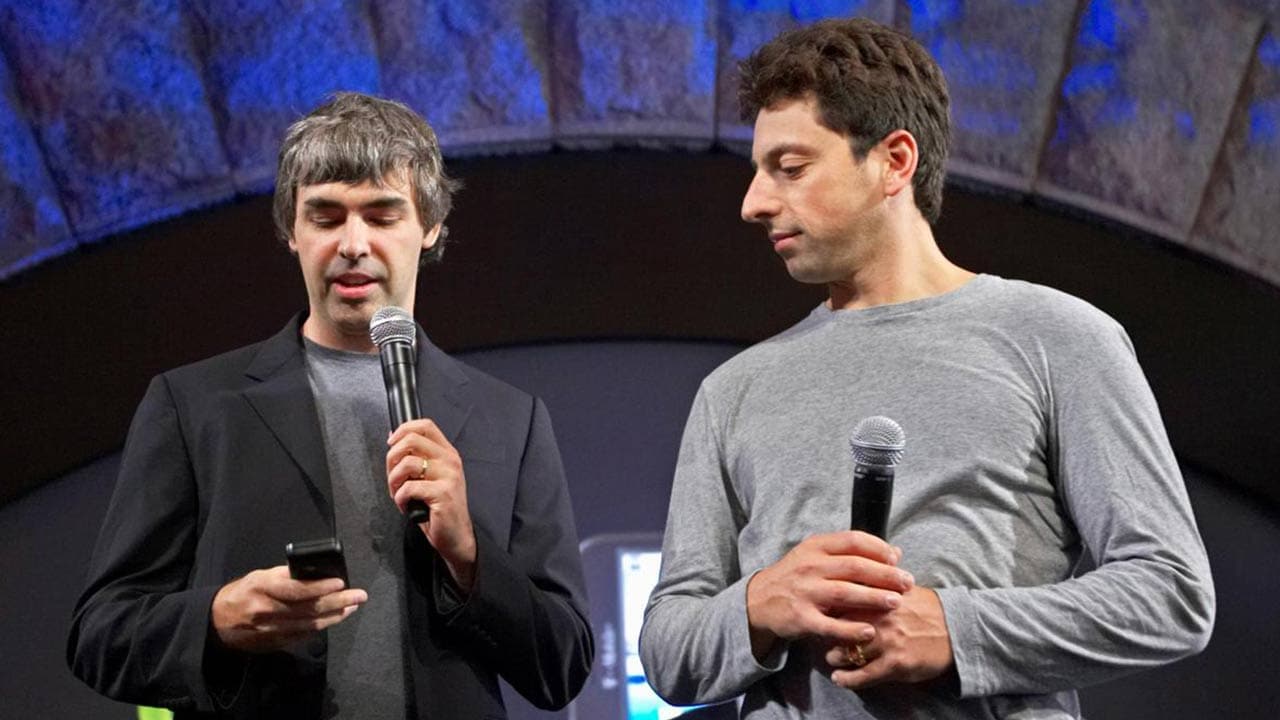 Their early work on the Google search engine helped corral an unruly cloud of information on the World Wide Web. And their ideas about how to run an internet company — like offering generous employee perks like free shuttle buses to the office and making rank-and-file employees feel as if they have a stake in the company — became a standard for Silicon Valley.

Page and Brin took a lesser role in day-to-day operations in 2015 when they turned Google into Alphabet, a holding company that includes self-driving car company Waymo under its umbrella.

Since then, they have spent more time overseeing a variety of so-called other bets, like life-extension technology, while Pichai ran Google and its enormous search and advertising business. The business has continued to grow, and Alphabet is among the most valuable companies in the world, but the internet giant is entering one of the most turbulent periods in its history, with antitrust scrutiny, employee walkouts and growing public skepticism of its power.

Page and Brin, who are both 46, will remain directors on Alphabet’s board and the company’s two largest individual shareholders. They retain a majority of the company’s voting shares, which will give them effective control over the board and ensure they maintain a say over the company’s future.

“Today, in 2019, if the company was a person, it would be a young adult of 21 and it would be time to leave the roost,” the founders wrote in a public letter Tuesday. “While it has been a tremendous privilege to be deeply involved in the day-to-day management of the company for so long, we believe it’s time to assume the role of proud parents — offering advice and love, but not daily nagging!”

The move confirms the ascendancy of Pichai, 47, as one of tech’s most powerful people. While he has run the core Google business for four years, he has still reported to Page, Alphabet’s chief executive, and Brin, its president.

Now he is the sole executive in charge of a company that has giant businesses in search, advertising, maps, smartphone software, and online video, as well as a variety of fledgling bets in far-off areas like drone deliveries and internet-beaming balloons.

In recent years, Page and Brin seemed to have lost interest in running the company they founded. The reorganization into a holding company was in part intended to address that. While Pichai took the reins of the often messy business of Google, Page and Brin would focus on what were effectively science projects.

Brin moved his desk for a time to X, the so-called moonshot lab where engineers worked on projects that were likely to fail — but had big potential if they didn’t. Page was rarely a presence on Google’s campus and was working on long-shot technology problems and personal side projects like his flying-car startup, Kitty Hawk. 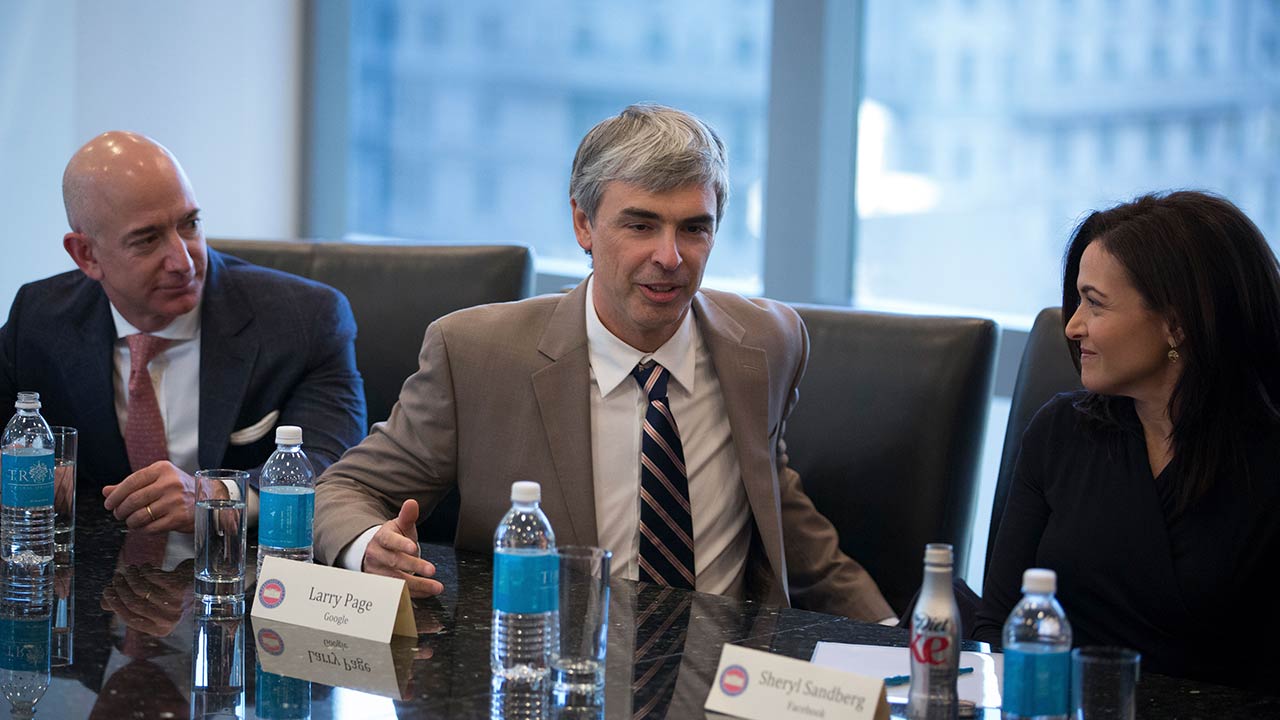 They have largely disappeared from public view, at least as company representatives. Page did not speak on Alphabet’s quarterly earnings calls, appear for congressional testimony like other tech executives over the last year or sit for interviews with journalists.

One of Brin’s few on-the-record comments to journalists in recent years came at San Francisco International Airport when he was protesting President Donald Trump’s immigration policy. He told reporters he was there as a private citizen.

While Page and Brin had been a regular presence at weekly all-staff meetings in Google’s early years, they had all but stopped appearing over the last year.

One of Page’s last appearances at the company meeting was last year when he apologized to employees for his handling of the departure of Andy Rubin, a former senior executive who received a $90 million payout after the company deemed sexual harassment claims against him credible. In June, Page surprised investors and employees when he did not attend Alphabet’s shareholder meeting.

In recent years, the freewheeling work culture promoted by Page and Brin has run into trouble. Employees have staged public protests over the company’s handling of sexual harassment claims against executives, its treatment of contract workers and its work with the Defense Department, federal border agencies and the Chinese government.

The soft-spoken Pichai has been reluctant to confront the protests head-on, but he has quietly cracked down on employee unrest. Google has halted the weekly company meetings and placed restrictions on what employees can discuss on message boards.

“Some had seriously hoped Sergey and Larry would step in and fix Google,” Google Walkout for Real Change, the organizer behind last year’s employee walkout, wrote on Twitter. “Instead of righting the sinking ship, they jumped ship.”

Though working at Google is becoming more like working at other giant companies, Page and Brin’s interests and styles — like focusing on passion projects and math jokes — have become part of Silicon Valley iconography.

While other tech titans like Jobs and Gates were known for their sometimes brash and mercurial leadership styles, Page and Brin were low-key and cerebral. But not always. Brin sky-dived for a company event that introduced one of the company’s most disappointing products, the Google Glass wearable device. He often was spotted riding an elliptical bike to work.

That idiosyncratic style, that “Googliness,” became something company managers were told to look for in applicants.

Page is the son of academics from Michigan, while Brin’s family emigrated to Maryland from the Soviet Union when he was a child, and he considers himself a refugee. They met at Stanford, wherein 1996 they came up with the invention that spawned Google. Page was the visionary while Brin, a math prodigy, led the engineering.

“Sergey would say, ‘Is that the best way to solve that problem?’ Larry always said, ‘Is that the right problem to solve?’ ” said Michael Jones, a co-founder of Google Earth who worked at the company for 11 years, often closely with the pair. “They’re different, and together they make up a whole person.”

Page and Brin will retain broad control over the company through their roughly 51% share of voting power. That stems from a stock structure in which one class of stock comes with far more voting power than the others. They hold about 84% of those higher-vote shares. With such voting power, Page and Brin can still effectively eject Pichai, who owns none of those shares. “If you really boil it down, it’s not that different from: Dad puts you in charge, but Dad still owns the company,” said Jones, the former Google executive.

Page and Brin are among the few tech company founders who have walked away from daily roles at the company they created and that made them billionaires. Gates did something similar when he handed the chief executive role at Microsoft to Steve Ballmer in 2000, during his company’s long antitrust fight with the Justice Department.

While Google is now gearing up for its own antitrust fight, with investigations into its power in Congress, the Justice Department and nearly every state, there are notable differences with Microsoft.

When Ballmer took over as chief executive there in 2000, the company had just been found to have repeatedly violated the nation’s antitrust laws in a landmark case brought by the Justice Department. Pichai is still unsure what he faces from regulators and lawmakers. The scrutiny includes Google’s dominant market share in internet search and how it competes with smaller rivals in the digital-ad business.

“For Google, it is still to be determined just what it is facing on the antitrust front,” said David Readerman, a longtime technology analyst and portfolio manager at Endurance Capital Partners. “But that is a clear and present risk.”

In their letter Tuesday, Page and Brin said they would remain committed to the company “for the long term and will remain actively involved as board members, shareholders, and co-founders. In addition, we plan to continue talking with Sundar regularly, especially on topics we’re passionate about!”

Whatever they decide to do, they will have no trouble funding it. Page is worth about $58.9 billion, and Brin is worth about $56.8 billion, the sixth- and seventh-richest people in the world, according to Forbes.