Android Instant Apps is open for all developers, supported on all the latest devices with Android 6.0 to Android O and can be accessed across 40 countries.

Google's Android Instant Apps now has over 500 million Android users, claims the search engine giant. The Instant Apps service allows  users to run apps "instantly" by tapping a link without having to install them first. Instant Apps was first showcased at the Google I/O in 2016. 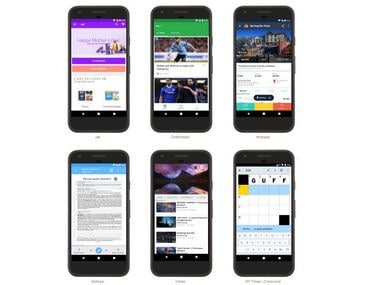 To commemorate this monumental feat Google has assembled data from different major apps to exhibit how Android Instant Apps has helped increase their user engagement and overall download count.

Vimeo has more than 50 million creators and 240 million viewers worldwide. After implementing Android Instant Apps, Vimeo's session duration increased by 130 percent. US-based shopping platform, Jet, which provides real-time savings for customers, saw its conversion rate increase by 27 percent after implementing its Instants App. The NYTimes Crossword app saw a 2X increment in number of sessions per user after launching its Instant App. Real estate transaction platform dotloop saw an increase of 62 percent in users who sign a document after migrating to an Instant App.

Android Instant Apps is open for all developers, supported on all the latest devices with Android 6.0 to Android O, and can be accessed in more than 40 countries. The app has the same Android APIs, project, and source code as the existing Android App. To make an Instant App, developers need to install the Android Studio 3.0 and the Instant Apps development SDK.

After building and publishing the Instant App, it will be accessible to users on their Android device from any URL like social media, search and messaging. However, the app executed in the smartphone, has a limited functionality. Users can choose to download the full app if they want.