The 2D T-rex now has 26 weapons to choose from (including a helicopter and a tank) to wreak havoc.

The good old game Dino in Google Chrome has entertained us whenever internet connections flake out. Making up for the lost time, we could be a pretend two-dimensional T-rex, jump over cacti and run for miles – till the internet was back.

Now, the game has been given some modifications – violent ones – to create 'Dino Swords'. The pixelated dinosaur can chop down cacti with the help of its axe.

According to Forbes, game controls have remained the same as the original Google game, along with the general feel. The only difference being, now the T-rex has 26 different kinds of weapons (including a helicopter and a tank) to wreak havoc. These weapons get activated by pressing different keys on the keyboard and have different levels of fruitfulness.

The game has been developed by MSCHF in collaboration with 100 Thieves. MSCHF is known for creating out of the ordinary, downright weird products that go viral on the internet. 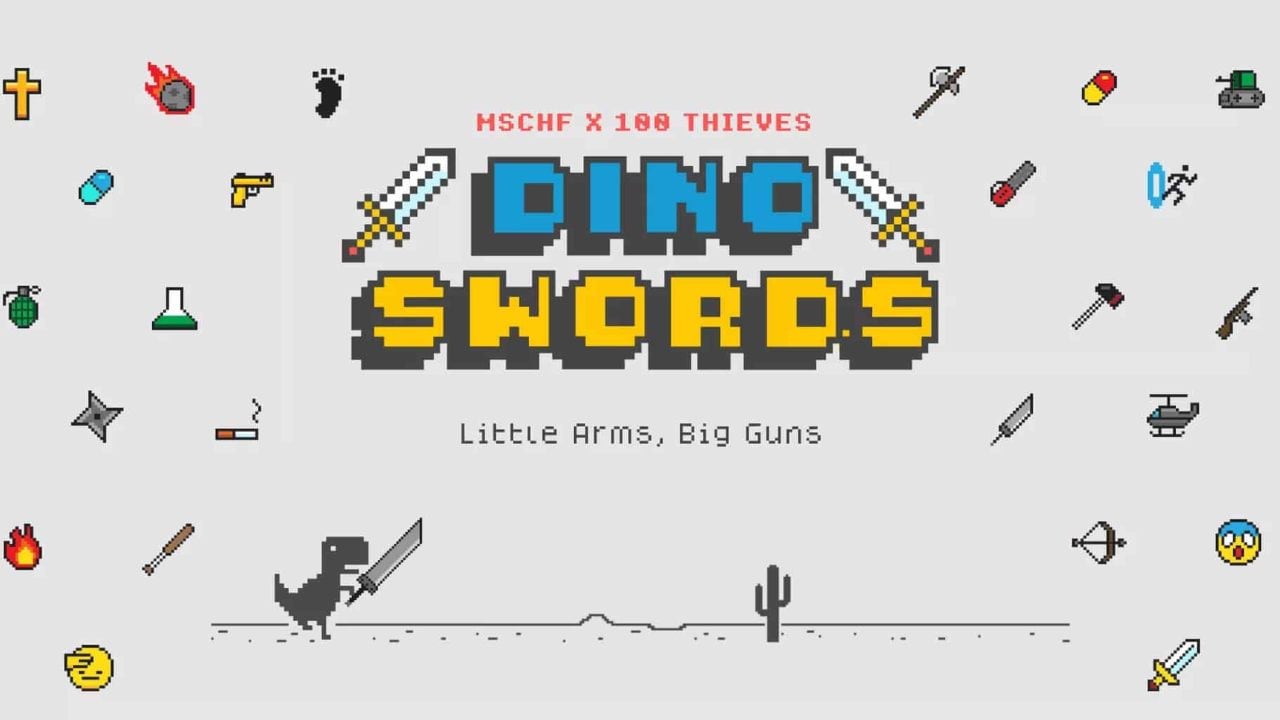 A spokesperson of the firm told Forbes, “The original version just wasn't violent enough for us". Calling the Dino game the "final holdover from the golden age of things like Addicting Games and Miniclip", he claimed to have made the new game "truer to form”.

The game is no longer a tool to pass time, with top scorers every week being recipients of some mystery prizes yet to be revealed.

The Verge spoke to Matthew Haag, 100 Thieves owner and CEO, about the game. He said, “Dino Swords is our take on the classic Chrome dinosaur runner game, made extravagant with 26 weapons to help your runs”.

Many of the weapons will pay homage to certain classic video game weapons, while some are "completely useless". He promised that some easter eggs are also present in the game that might be hard to find.