The Google Assistant for JioPhone will be available in English and Hindi, the company announced during an event here.

In a move to empower feature phone users in the country, Google on 5 December announced to bring its Voice Assistant on Reliance JioPhone. 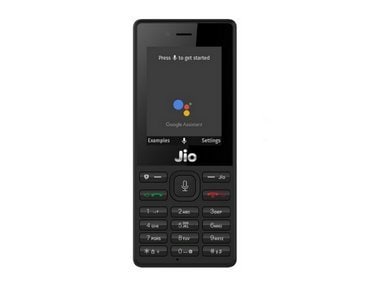 The Google Assistant for JioPhone will be available in English and Hindi, the company announced during an event in Delhi.

This is the first time Voice Assistant will be available in any feature phone.

The 4G and VoLTE-enabled JioPhone was launched on 21 July which is available free of cost with a deposit money of Rs 1,500.

Aimed at over 50 crore feature phone users, the 2.4 inch device has 2MP rear camera and houses 2000mAh battery. The JioPhone has a single Nano-SIM slot and a microSD card slot.

The Google Assistant for the JioPhone, built for India in both English and Hindi—is launching today. #GoogleForIndia pic.twitter.com/Rml3P1fR8C

According to industry sources, Jio carries more than 100 crore GB data per month.