This Google Assistant works as a next best option for having Assistant available from anywhere in iOS.

Months after launching the Google Assistant for application iOS in the United States, Google on Saturday announced that the standalone assistant app would be rolling out for iOS devices in the UK, Germany and France. 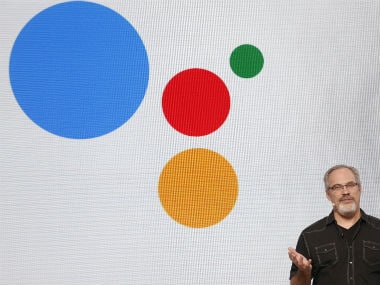 As we noted in our recent Google Home breakdown, Assistant utilises Google's search smarts, so it can help you find what you want faster, says a report in Engadget.

The company says the app is designed to operate on devices running iOS 9.1 and above which is likely to cover the majority of iPhone and iPad users. The tech giant offers an Assistant widget that can be accessed from the widget panel of Apple's notification centre.

It works as a next best option for having Assistant available from anywhere in iOS.

Earlier this year, Google said its voice-powered digital assistant is available on more than 100 million devices.

Meanwhile, Samsung's Bixby is the new kid on the block of personal digital assistants and is likely to face a rough reception in a neighborhood dominated by tech sector rivals.

Bixby, introduced at Samsung's unveiling of Galaxy S8 smartphones, aims to help the South Korean giant break into a surging market for voice-activated virtual assistants, which includes Apple's Siri, Amazon's Alexa, Google's Assistant and Microsoft's Cortana. The digital assistant distinguishes itself from competitors by using voice commands rather than touch to control handsets or applications, factoring in location awareness and image recognition.

Recently, Google Assistant, the virtual assistant that is seen on the Pixel phones, could most likely be powering a headphone soon, if speculation is to be believed. According to a report in 9t05Google, the Google app version 7.10 APK teardown hints at the presence of Bisto, a codename for headphones that will run Google Assistant.