Google has claimed that the average app running on Android Go would be 15 percent faster and would occupy 50 percent less space on the device.

Low-end Android smartphone users can breathe a sigh of relief as Google has announced, on 5 December, that it would be delivering on its Android upgrade for devices with a RAM of 1 GB or less.

The new optimised update, which was announced first at the Google I/O conference in May, is called as Android Go and it will be modified around Google's latest Android Oreo. 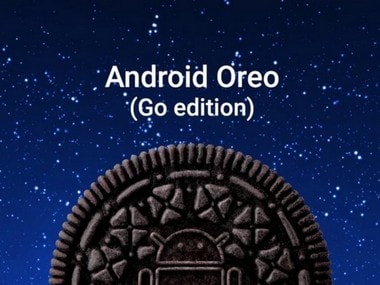 Although currently, the upgrade is available for developers only, it shouldn't be long before the users get their hands on it as well. Google will launch the Android Go with the Android 8.1 software update on 6 December.

According to Google these low-end smartphones with 1 GB of RAM or less will come with various Go optimisations. These include an optimised OS with data management and security features built-in to suit the devices, a new set of apps which occupy less memory and an upgraded Play Store which can highlight which apps work best with the optimised OS.

Google has claimed that the average app running on Android Go would be 15 percent faster and would occupy 50 percent less space on the device. Google has also said that Android Go will come with all the security features that were available in Android Oreo. The set of optimised apps are mostly native Google apps like Google maps, Google Play, Gmail, Gboard and also YouTube. Another optimised app called Google Go would optimise data by 40 percent and find trending information faster while the new Files Go app will help clean up space and stay organised, claims Google. At a time when a lot of phones are being launched with at least 3 GB RAM and in some cases 8 GB, the new Google Android Go comes as a thoughtful upgrade to devices which may not have the luxury of having massive amounts of RAM and storage allocated to them.