Google announced the Bill Pay feature in its payment platform app, Google Tez, at Google for India event in New Delhi on 5 December. 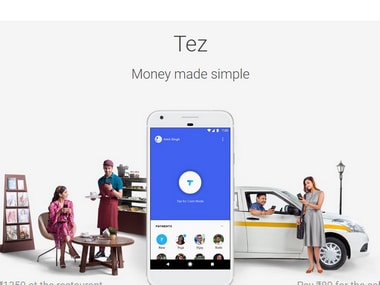 In the Bill Pay feature, according to Caeser Sengupta, vice president, Next Billion Users, payments will be made in the Businesses section. This section will provide over seventy billers, which will include national and state electricity billers, direct-to-home billers as well.

Sengupta said, "Our India-first suite of products and features are aimed to help more people discover how the internet can make life easier and more convenient — whether it's helping pay bills on time, navigating through the quickest routes or searching for answers to questions wherever we are. These products and features are India-first, but they are not India-only. When we build better products for India, we ultimately build better products for everyone."

With the new Bill Pay feature, the user will receive a notification about the bill payment. The payment will be same as payments made to individual users. The user also has an option to make an account regarding the kind of bill payments.

These can be multiple accounts such as electricity or cellphone. For instance, the user can create an account for their cell phone as well as for their loved ones' electricity bill and keep track of it. These also include payments that are yet to be made. A user can also fetch their bills for which the payment has to be made.

According to Caeser Sengupta, the features will be rolled out gradually.

Pay over 70+ billers, and get due date reminders - all in one app. #GoogleForIndia pic.twitter.com/Vmnte3nyzE

Another feature introduced is Spark, "little moments of delight". It is a celebratory animation which appears only if it is triggered by certain words in payment messages.

One such animation is of India, which is triggered by the word "India", if it appears in any of the payment messages. This is an India specific feature.

In September, Google had launched its digital platform app in India. It is a UPI-based payment app and is backed by the National Payments Corporation of India.